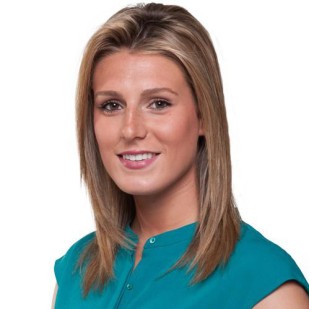 Alexis McAdams is a reporter for Fox59/CBS4 News. She joined the FOX59/CBS4 Team in April 2015. Alexis was born and raised in the Chicagoland area and is a 2013 graduate of Illinois State University where she majored in Broadcast Journalism. Alexis completed internships at FOX Chicago News and WGN-TV. She was also the Field Producer for “Chicago’s Very Own,” a weekly segment on WGN-TV. Alexis received the Student Silver Dome Award for “Best Newscast of 2013,” which was presented by the Illinois News Broadcasters Association. Prior to her arrival in Indianapolis, Alexis was the lead reporter and weekend anchor at WTVO/WQRF-TV in Rockford Illinois. Alexis enjoys covering a variety of news topics, is a Chicago sports fan who especially loves the Chicago Blackhawks! She enjoys running, competitive sports, vacations, and meeting new people.
If you have a story idea or would like to say hello, email Alexis at AMcAdams@fox59.com