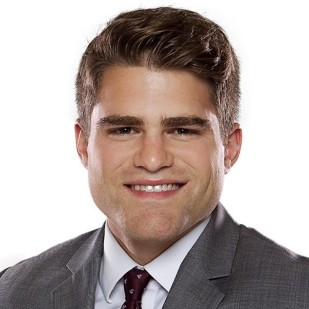 Brett Kast joined the FOX 59 news team in August of 2018. He comes to central Indiana after living in Michigan his whole life.

Originally from metro Detroit, Brett made his way to East Lansing, earning a degree in Journalism from Michigan State University. Go Green! He then spent two years reporting for the NBC affiliate in Traverse City, MI before heading south to the Circle City.

Brett has a passion for broadcast news and loves to tell heartwarming stories that make an impression on the lives of others. His first experience with local news was in 2005, when a Detroit station ran a story on his younger sister battling brain cancer. Brett had started a bracelet fundraiser in her honor. Soon after the story aired, orders for the bracelets came pouring in. Because of that story, the Jenna Kast Believe in Miracles foundation (believeinmiracles.org) was born. The foundation has grown tremendously in the past decade, granting wishes to Michigan children facing life threatening illnesses. This experience encouraged Brett to pursue broadcast news.

Outside of work, Brett is an avid sports fan. He’s a fan of all Detroit teams, but nothing tops his passion for Michigan State athletics. Now living in Indianapolis, he’s looking forward to seeing his Spartans make a return trip to Lucas Oil Stadium for the Big Ten Championship.

Feel free to email bkast@fox59.com with any story ideas, or just a friendly hello!