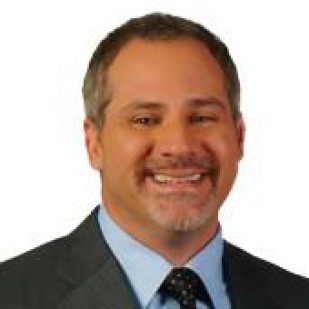 Brian Wilkes has been the chief meteorologist for FOX59 since July 1995.

He is a graduate of Columbia College with a bachelor of science degree in science communication. He completed a two and a half year internship at WGN-9 (Chicago), under Meteorologist Tom Skilling.

Brian’s fascination with weather started early in fourth grade. Growing up on the far south side of Chicago, the blizzard of 1979 kept him out of school for two weeks! This sparked his excitement for weather, which continues to this day. Brian is a member of both the American Meteorological Society and the National Weather Association. In August of 1996, he received his Seal of Approval from the National Weather Association.

Brian began his career as the chief meteorologist at his first station WSJV-TV, now the Fox Affiliate in Elkhart, Ind. for their 6 and 10 p.m. shows. During his time at WSJV, Brian produced, wrote, and hosted a documentary on the Palm Sunday tornadoes that ripped through South Bend in April of 1965.

During his time in Indianapolis, he has been honored with numerous awards. Brian was awarded an Emmy from the National Academy of Television Arts and Sciences in 1996 for his severe weather special “Blown Away,” which he hosted and co-produced. He has also hosted two other severe weather specials “Ahead of the Storm” which won an Emmy in 2001.

But it’s not all serious business all the time. Brian showed his playful side in 2001, when he hosted and sang with his own orchestra during the “Singin’, Swingin’ Holiday Special”, which featured several musical artists from around Central Indiana. Not only does Brian like to forecast the weather, he enjoys teaching. When he’s not in front of the camera, Brian can be found visiting central Indiana schools throughout the year. You’ll also see him active in his community, often lending his time and talents to various charitable organizations.