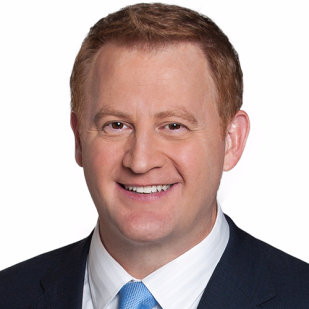 Chris Hagan joined the FOX59 Sports team on November 6, 1999 – the same day Conseco Fieldhouse opened its doors as home of the Indiana Pacers. Since then, he’s followed local teams all over the country covering Super Bowls, NBA Finals, Final Fours, and more.

Chris grew up all over the Southeast, but is now proud to call himself a Hoosier.

He lists the Pacers 2000 NBA Finals appearance, IU’s run to the 2002 Final Four, and the two Colts Super Bowl appearances among the most memorable moments in his time here.

Chris was also honored to emcee the Peyton Manning statue unveiling ceremony at Lucas Oil Stadium in October of 2017.