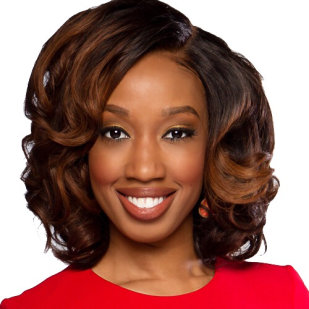 Prior to joining FOX59, Beairshelle worked as a weekend morning anchor for WNCN-TV in Raleigh, North Carolina, where she earned awards for her anchoring and reporting, plus an Emmy nomination for her reporting on the statewide teacher protests. During her time in the Tar Heel State, she also covered Hurricanes Matthew and Florence, the Amber Alert and death investigation of 3-year-old Mariah Woods, and the Confederate controversy. Beairshelle has also worked at WDTN-TV in Dayton, Ohio; and KMEG-TV & KPTH-TV in the tri-state region of Iowa, Nebraska and South Dakota.

The award-winning journalist hopes to bring Hoosiers’ untold stories to the forefront, and when she’s not doing that she’s either whipping up something in the kitchen or shouting at a TV during game either as a true fanatic or want-to-be coach!

A proud native of Philadelphia, Beairshelle is an alumna of Loyola University Maryland.
She is also a member of the National Association of Black Journalists.