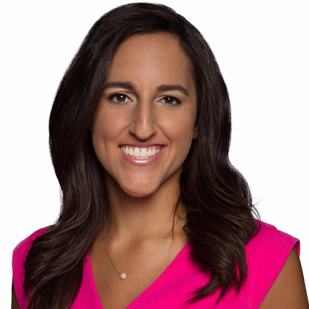 Haley joined the FOX59/CBS4 news team in February 2017 as a multimedia journalist. A Cincinnati native, she’s excited to be back in the Midwest and calling the Hoosier state home!

Before coming to Indianapolis, Haley spent more than three years in Beaumont, TX at the CBS/FOX affiliates. She most recently worked as a weekend anchor and investigative reporter. She covered everything from catastrophic flooding to school district corruption and loopholes in the state’s mental health laws.

Haley graduated from the University of Maryland’s Philip Merrill College of Journalism, where she majored in broadcast journalism and government/politics. While there, she worked for the school’s Capital News Service, covering the state house, and interned for the CBS Evening News and the network’s political unit in Washington, D.C.

Haley also competed for the University of Maryland’s swim team and is a proud Terrapin! In her spare time, you can catch her at the pool, traveling and exploring all the city has to offer!

Feel free to reach her at hbull@fox59.com with any story ideas or just to say hello, she’d love to hear from you!