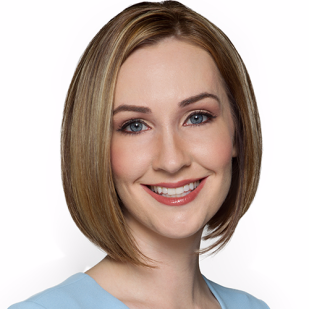 Krista developed a reputation as someone who can do it all. Prior to her arrival at FOX59 she held positions as a Meteorologist, Anchor, Producer and Reporter at NBC’s WFIE in Evansville, IN. Krista is a graduate of Purdue University, where she obtained dual degrees in both Meteorology and Theater Acting. Krista’s passion for all things outdoors only enhances her love of her chosen profession. Ever since a tornado struck near her childhood home when she was a child, Krista’s love for learning about severe weather has grown. She is extremely excited to be working with the team she grew up watching at FOX59 and returning to the area she has lived in for the last 10 years with her husband and two dogs.