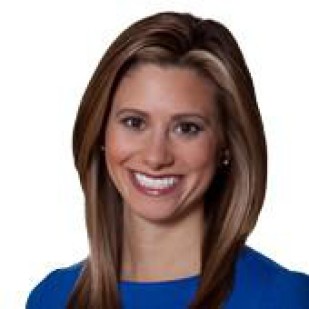 Liz Gelardi is a journalist with a passion for storytelling. She joined FOX59 in August 2013 as a reporter. Indianapolis seemed like the perfect fit because she loves the Midwest.

Most recently, Liz was a weekend anchor/reporter with WNEM in Saginaw, Michigan. Her work exposed an an illegal gambling house and followed a high profile trial. Liz’s undercover investigation into a gambling storefront prompted the state’s attorney general to shut it down. During her time in there, she covered the case of a police officer accused of murdering a pregnant woman. She was the first to report his arrest. Liz was there at every court proceeding and throughout the trial. He was ultimately convicted of the murder.

This is her second time living in a capital city. Liz spent time at WLNS in Lansing, Michigan as a video journalist. She covered everything from the legislature to Michigan State University and Lansing’s two General Motors plants.

Liz also lived in Missouri for several years. She worked at KOMU in Columbia, Missouri, as a reporter. One of her most memorable stories was about an ice storm so severe it knocked out power to parts of southeast Missouri for more than two weeks.

Liz is a graduate of the University of Missouri School of Journalism. She has a degree in Journalism and a minor in Political Science. During college she also spent time as an intern at WDIV in Detroit and WJRT in Flint, Michigan.

In her spare time she enjoys exercising, baking, and catching up with family and friends.
She grew up near Detroit, Michigan. Needless to say, she is a big Detroit Sports fan. (yes, even the Lions) She also likes to watch a good hockey game.

If you have a story idea please send her an email at lgelardi@fox59.com or follow her on twitter @LizGelardi.