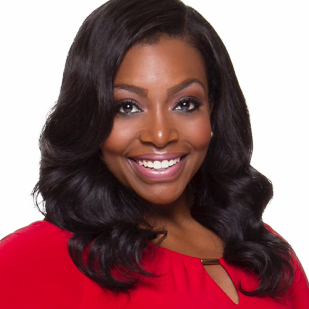 Tanae Howard joined the FOX 59 news team as an anchor/reporter in December 2013. The outgoing journalist comes to the Hoosier state from Flint, Mich. Tanae fell in love with news at a young age when her grandmothers TV was tuned into the local news every night. So it was an honor for Tanae to anchor and report in her hometown during her time at WNEM TV5. She began her time with FOX 59 as weekend anchor. Tanae was promoted, January 2016 to take on the station’s 11 p.m. newscast, NewsPoint.

Tanae got her start in the business on the news desk in Atlanta, Ga. at WSB-TV. After working behind the scenes, she knew it was her time to get in front of the camera. Tanae headed to New Bern, North Carolina where she landed an Anchor/Reporter job at WCTI 12. There she covered everything from political scandals to tropical storms.

You can also find the proud Michigan State University Alum cheering on her Spartans and mentoring future journalists.

Tanae is a member of the National Association of Black Journalists and Alpha Kappa Alpha Sorority Incorporated.