It’s been almost a year since the 2023 Chevrolet Corvette Z06 was revealed, but new information is still coming to light about the car.

The latest tidbit is the car’s top speed, which has been confirmed as 195 mph by Tadge Juechter, executive chief engineer for the Corvette line.

Juechter made the announcement while speaking during last month’s 2022 Corvettes at Carlisle, albeit with the disclaimer he and his team haven’t actually arrived at an official top speed for the car, Corvette Blogger reported.

There have been faster Corvettes before, like the 755-hp C7 ZR1 which was clocked at 212 mph, and Juechter acknowledged this with the comment the C8 Z06 isn’t a “numbers car,” and that the focus of development was on delivering a car that is the “most pure expression of track and driver capability.” 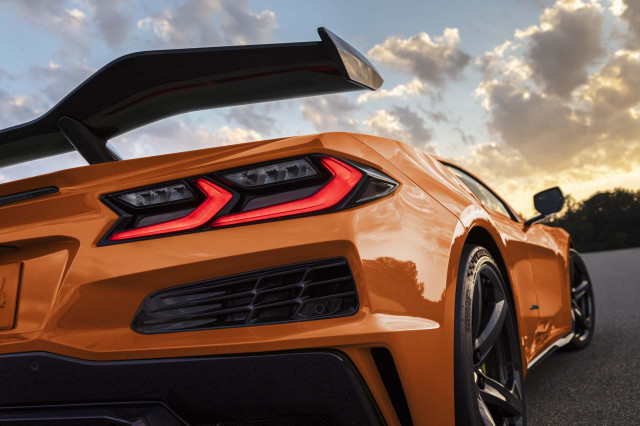 Separately, Josh Holder, chief engineer for the Corvette, told Corvette Blogger at the same event the Z06’s top speed would be reduced to 189 mph if fitted with the car’s available Z07 high-downforce package that adds a huge rear wing. The result: 734 lb of downforce at 186 mph and up to 1.22 g on the skid pad. More than likely, Chevy will add the package if it plans to set official lap times for popular racetracks, such as Germany’s Nürburgring.

The Z06 is powered by a unique 5.5-liter V-8 that boasts a flat-plane crank design, dual overhead cams, dry-sump lubrication, and an output of 670 hp and 460 lb-ft of torque, or the highest output of any production naturally aspirated V-8. The engine is mated to the same 8-speed dual-clutch automatic found in the Corvette Stingray, but with a shorter 5.56 final drive ratio for improved acceleration. Power goes only to the rear wheels.

‘You were so loved’: Memorial grows for Purdue student …

‘You were so loved’: Memorial grows for Purdue student …

Indiana man marries a can of hard Mountain Dew

Man arrested for murder of 52-year-old woman after …

Man marries can of Mountain Dew

Biden to pardon all federal offenses of simple marijuana …

At least 37 people including 20 children killed in …

One dead after shooting on Indy’s near west side

Camby man dies in crash while fleeing from deputies

One dead after shooting on Indy’s near west side

This Indiana BMV branch will close next month

Camby man dies in crash while fleeing from deputies