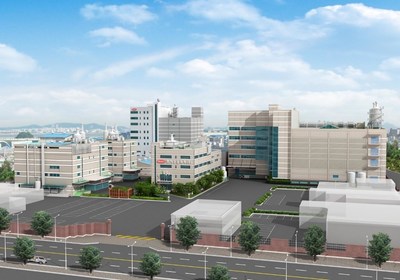 Due to the COVID-19 pandemic, there has been an increase in the global demand for high-level, synthetic bio-pharmaceutical raw materials, such as those used in mRNA vaccines, including lipid nanoparticles (LNP), nucleotides, capping materials, polyethylene glycol (PEG) derivatives, and peptides. As such, on May 23, 2022, Hanmi FC (CEO Chang Young-kil) announced that it will launch its areas of business to include CDMO projects in relevant fields. To this end, Hanmi FC will invest about 10 billion KRW to build facilities for 'high-tech CDMOs'. Last year, Hanmi FC was selected to conduct the Korean government's project for expanding production facilities for COVID-19 vaccines and raw materials and received 1.6 billion KRW in support of such efforts. Furthermore, the company plans to upgrade these facilities even more by supplementing 8 billion KRW from its own funds.

Hanmi Fine Chemicals has accumulated global competitiveness in the CDMO field by participating in R&D for Hanmi Pharmaceutical's biologics and anticancer drugs and by successfully passing GMP inspections in leading countries with advanced pharmaceutical sectors, such as Germany, UK, Japan, and the US FDA.

Based on this competitiveness, Hanmi FC is currently conducting preclinical and clinical CDMO projects worth 10 billion KRW with 10 domestic and foreign companies, and it is expected to form partnerships with even more companies in the second half of 2022.

Furthermore, in order to expand its global CDMO business performance, Hanmi FC is actively participating in various domestic and foreign exhibitions. In May, it participated in TIDES US (9-12, Boston, USA), BIO KOREA (11-13, Seoul), and InformEx (CPhI North America, 17-19, Philadelphia, USA). Hanmi FC is going to participate in the BIO International Convention, which is scheduled to be held in San Diego, USA from June 13 to 16. Lastly, at the end of this year, Hanmi FC plans to attend TIDES Europe from November 15 to 18 in Vienna, Austria.

Hanmi FC CEO Chang Young-kil emphasized that the company boasts sufficient global competitiveness, and that its capacity to rapidly develop materials that require advanced synthetic technology, such as mRNA raw materials, is already top-ranking in Korea.

The quality of Hanmi FC's cephalosporin products are recognized not only in Korea, but also in developed markets such as the US and Europe. In 2006, Hanmi FC successfully passed the US FDA inspection in the sterile raw materials sector. In addition, it has proven its global competitiveness through the approval of GMP inspection by major pharmaceutical advanced countries, such as Germany, the UK, and Japan. It has also secured practical capacities for carrying out global CDMO in various fields, such as those in mass production of existing APIs and the operation of GMP.

Recently, Hanmi FC has succeeded in synthesizing and developing essential raw materials for the manufacturing of mRNA vaccines and is planning to expand facilities for their mass production. Excellent human resources from leading domestic and foreign pharmaceutical bioresearch centers, such as the Hanmi Pharmaceutical Research Center, are in charge of the company's R&D. Currently, Hanmi FC exports products to more than 30 countries around the world.