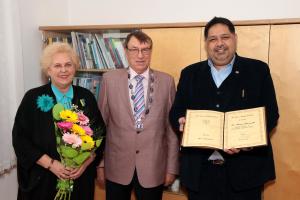 Dr Kannan Vishwanatth at the Lativian Academy of Science 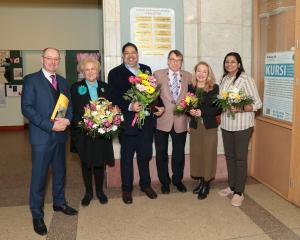 Dr Kannan Vishwanatth with the Team of Latvian Academy of Science 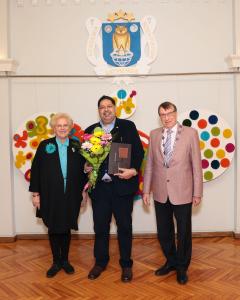 Dr Kannan Vishwanatth at the Convocation Ceremony at Riga, Lativia

The World today is undergoing a sea of Changes. The New World Order post pandemic coupled with trade war & instability in the geo political situation will be a new laboratory of innovations in Crisis”
— Prof. Dr Kannan Vishwanatth
CALIFORNIA, CALIFORNIA, UNITED STATES OF AMERICA, November 5, 2022 /EINPresswire.com/ -- Academic Researcher, Economist & founder of Hong Kong based Rupus Global Limited & Dr. Ashley’s Limited was conferred Honoris Causa For Economics at Latvian Academy of Sciences and granted permanent member at Latvian Academy of Sciences in Riga in a convocation ceremony attended by members of the Latvian Academy of Sciences. Dr Kannan Vishwanatth was given this distinguished recognition for his outstanding contributions in the field of Economics. Dr Kannan Vishwanatth is engaged in research in the areas of the economic implications of the post pandemic world. “There is significant uncertainty facing economic recovery in PEPFAR countries, which will be highly dependent on the future course of the COVID-19 pandemic, economic relief efforts, and vaccine roll-out. Currently, in 30 of the 53 PEPFAR countries, less than a third of the population has received at least one vaccine dose and only 10 are on track to meet global COVID-19 vaccine targets. The toll the COVID-19 pandemic has exacted on the global economy has been significant, with the International Monetary Fund (IMF) estimating that median global GDP dropped by 3.9% from 2019 to 2020, making it the worst economic downturn since the Great Depression. While the global economy was estimated to have recovered in 2021, recovery has been uneven and disparities in vaccine access and coverage could threaten improvement in much of the world” said Dr. Kannan Vishwanatth.

Dr. Kannan Vishwanatth is also the co-author of book on “Smart Villages” where he has highlighted the downturn of economics in the rural villages in their standard of living. Dr Vishwanatth is currently co-authoring a book on The Road to Economic Recoveries in Hong Kong.

Dr. Kannan Vishwanatth, The Garwood Fellow at University of California Berkeley -Haas School of Business is a passionate researcher with about 24 years’ experience in Pharmaceutical and International Trade . He has received The Albert Schweitzer Medal For Science, The Malcolm Adiseshiah Award for Distinguished Studies 2020 and The Dr APJ Abdul Kalam Excellence Award For Medicine. He Was Awarded the Academic Professional Award y American College of Dubai in UAE .He has co- authored and filed 15 world patents on products and various non infringing process in Anti Malarial and Anti Cancer products from Herbal Extracts with expertise in Licensing, Business Development, API, Generics, Finished Doses.