Whitestown, Ind. – This week’s Your Town Friday actually has a lot to do with not being in your town!

This story is about Hoosiers who are serving our country, and a Boone County couple making them feel comfortable wherever they are.

“We’ve sent to Afghanistan, Iraq, Syria, Kuwait,” said Danielle Robinson. “We’ve sent to Special Forces, which cannot tell us where they are.”

Danielle has at least four reasons this matters to her.

“My son is an Afghanistan veteran, my husband was Army, my dad was a Korean War veteran and my brother was Desert Storm.”

Danielle was making care packages for her son and his unit in Afghanistan.

She joined a group at church in 2015 and while stuffing boxes for troops, met Mark Robinson.

“I served from 1987 to 1999 and I was a Cavalry officer,” said Mark. “I was in the 278th Cavalry regiment out of Tennessee. Even staying stateside, it’s still really nice when you’re sitting there and you open up a package and it’s from somebody back home. You get a special feeling about that.”

Before long, the two were married. They decided to branch out on their own.

“It was a little nerve wracking, but it’s just been amazing how everything has continued to fall right into place for us. While it was a little bit of a risk, it’s been very well rewarded.”

Their nonprofit is HFO, which stands for Hero Family Outreach.

“There are a lot of military and first responders that are angry and they’ve seen things they can’t unsee,” said Danielle. “They won’t step foot inside of a church. So we wanted to be more community based so we could reach them and show Christ’s love, but not be in their face about it.”

Like Danielle’s son, who now has Winter, his service dog. 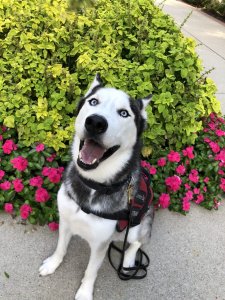 And this is the most recent pairing. 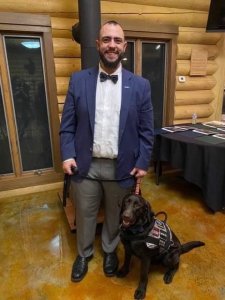 They want to match more veterans and K-9’s, so part of this year’s Patriots Ball proceeds will go toward the $18,000 cost per dog.

It’s not easy, both working and trying to make a non-profit work, but it’s a risk they don’t regret for one second.

“It’s just been beautiful to see the community embrace the idea and honor, show respect, show love for the first responders and for our military that are serving and protecting our communities” 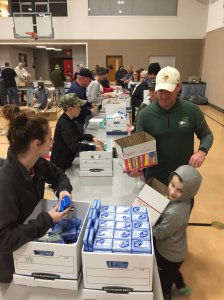 IMPD’s Gary Hadden works with  Mark and Danielle and they can always use support! If you’d like more on the Patriots Ball on February 29th or anything they do, click here.

And if you have a service member you’d like HFO to send a care package to, just let them know!

Deadly shooting outside a home on Indy’s east side …

Judge rules in favor of companies in opioid case

Nominee sorry for calling for to ‘move on’ after …

7 shot, including 1 dead, in post-holiday violence

Odor led to discovery of bodies at Ind. funeral home

7 shot, including 1 dead, in post-holiday violence