INDIANAPOLIS, Ind. — The Indianapolis Metropolitan Police Department is investigating a shooting involving juvenile siblings on the city’s south side.

According to IMPD, officers were called to the 2700 block of Chamberlin Drive on a report of a person shot around 11 a.m. Thursday.

Police said the incident is being considered accidental in which one sibling shot another sibling.

The 14-year-old juvenile victim is reported to be in serious condition at this time. 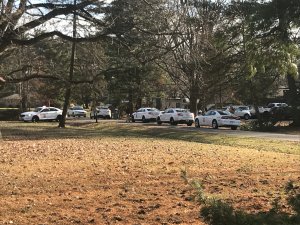 At least 3,003 people have died in the United States from COVID-19, according to a CNN tally of data from state health departments. There have been at least 160,698 cases of coronavirus that have been detected and tested in the United States through US public health systems. The total includes cases from every state, the District of Columbia and several US territories, as well as repatriated cases. Hawaii and Wyoming have not reported…

INDIANAPOLIS, Ind. -- Ready for your coronavirus stimulus check? The Federal Bureau of Investigation (FBI) says so are hackers who are ready to swipe it from you. They are asking people to be smart over the next few weeks as the money comes in. FBI agents say the government will never call, text, or email you for personal information. Hackers can use your personal identifying information to get a hold…

‘This is real life and not a dream’: Somber video shows haunting sights of empty Indianapolis during coronavirus pandemic