WEST LAFAYETTE, Ind. — A statewide Amber Alert has been canceled for four missing children from West Lafayette. The cancellation was requested by West Lafayette police, according to Indiana State Police.

Police said Friday that the children were last seen in West Lafayette, and police believed they were in danger. The children, who ranged in age from 1 to 8 years old, were likely abducted by their mother, Victoria Dominique Whorton, police said.

The children will be placed in the custody of DCS, police said. 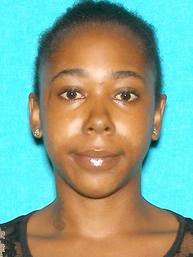 Police say an investigation on August 2nd led to the Department of Child Services being called to check the welfare of these four children.

Upon the DCS investigation, authorities determined the children should be removed from the location, and placed them in the care of a close family friend.

When DCS went in for a follow up, the children were no longer with the friend they were placed with.

That’s when DCS contacted West Lafayette Police, and asked for the Amber Alert.

Indiana State University shifts policy, will require vaccination or testing for students, staff by start of 2022