According to a probable cause affidavit filed Wednesday, John Ball, 22, allegedly provided the pistol that Anthony Baumgardt used to shoot and kill Deputy Pickett.

In addition to providing the murder weapon, Ball allegedly "fronted" methamphetamine to Baumgardt and John Baldwin Jr. to later sell.

Police were serving an arrest warrant in Lebanon when they spotted John Baldwin Jr., who was wanted on a probation violation. Police said Baumgardt and Baldwin fled in a car after being spotted.

During the pursuit, which went through many yards, stop signs and alleys, Deputy Pickett, who'd responded to assist, became the lead pursuit vehicle at the intersection of E. Fordice St. and N. Park St. It ended at the Indian Springs Apartment Complex, where police say Baldwin Jr. slowed down his silver Ford Taurus to let Baumgardt out.

Baldwin Jr. has been charged with murder for allegedly driving the getaway vehicle from Ball's residence. After letting Baumgardt out at Indian Springs Apartment Complex, he continued to be pursued by police. He eventually was taken into custody after being stopped on I-65.

Detectives were reportedly tipped off that Ball allegedly provided the pistol to Baumgardt by an informant.  They said Ball received the gun from trading methamphetamine for it.

Documents state he also made a fake Facebook page and told the informant on Facebook messenger, "Bum had already had his mind made up that he was gonna shoot him no matter what, none of us could have prevented it bub." 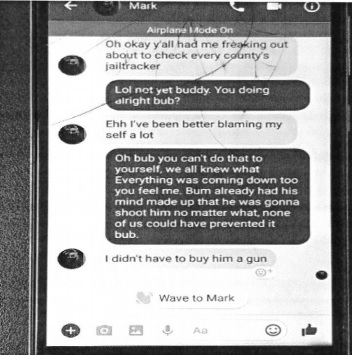 Baumgardt remains behind bars for the murder of Deputy Pickett. Prosecutors have requested the death penalty in Baumgardt's case.

"Today, we are one step closer to seeing total justice for Jake. Many dedicated hours have been spent on this investigation by several agencies. I want to thank them and the prosecutor's office for their hard work. I personally read the murder warrant to John Ball tonight and will read the murder warrant tomorrow to John Baldwin, Jr. The investigation will continue until justice is served for Jake."

INDIANAPOLIS --- Across the country, we are seeing record breaking numbers of people exercising their right to vote, even right here in central Indiana.

Election day is less than a week away, and most states are seeing record breaking early voting turnouts. But the problem that still remains are the long lines.

INDIANAPOLIS — The state of Indiana is weeks away from rolling out a new program to help nursing homes amid the coronavirus pandemic.

INDIANAPOLIS — Indiana’s Attorney General is seen as one of the most powerful positions in the state but the role of the AG can be up to interpretation.

That’s why we are seeing the two candidates display such different campaign messages.