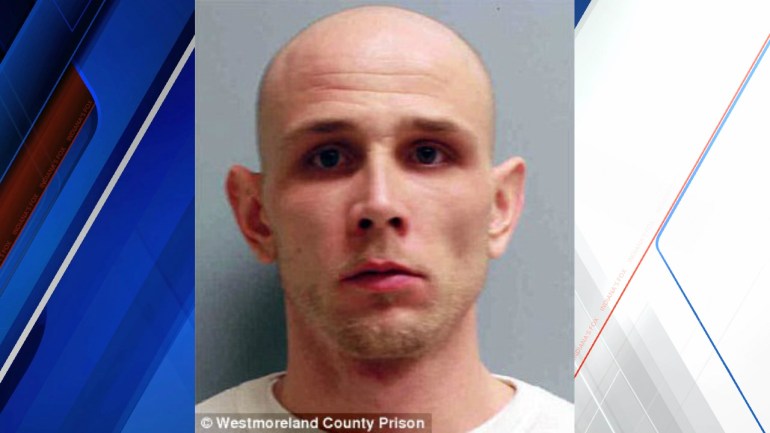 GREENSBURG, Pa. (June 18, 2015) — A man who was arrested for robbing a western Pennsylvania bank will spend two to four years in prison. And he likely would have gotten away with the robbery if he hadn’t stopped to eat biscuits at a nearby restaurant.

The Pittsburgh Tribune-Review reports 32-year-old Shane Lindsey, of Arnold, was sentenced by a Westmoreland County judge on Wednesday after pleading guilty.

Lindsey was arrested about 20 minutes after he robbed the Citizens Bank in downtown New Kensington on January 14.

That’s when witnesses saw a bald man matching Lindsey’s description run toward a restaurant after the heist. Police knew the business had surveillance video and went inside to view it hoping for clues as to where the suspect went — only to find Lindsey eating at a booth.

Police say Lindsey used the restaurant’s bathroom to discard a coat and hood he wore during the robbery.

In pre-released prepared testimony, Mnuchin is expected to urge Congress to tap into $455 billion of unused emergency relief funds for another round of targeted aid for American households and businesses.

WASHINGTON (AP) - Republican Sen. Lindsey Graham says he thinks President Donald Trump should attend President-elect Joe Biden’s inauguration because it would be “good for the country.”

The South Carolina senator said he spoke with the president over the weekend and encouraged him to pursue his legal challenges to the election results.

In a video on the platform TikTok, the Salem Health nurse posted that she still travels often and doesn’t wear a mask when she does. She also stated she lets her kids have play dates.