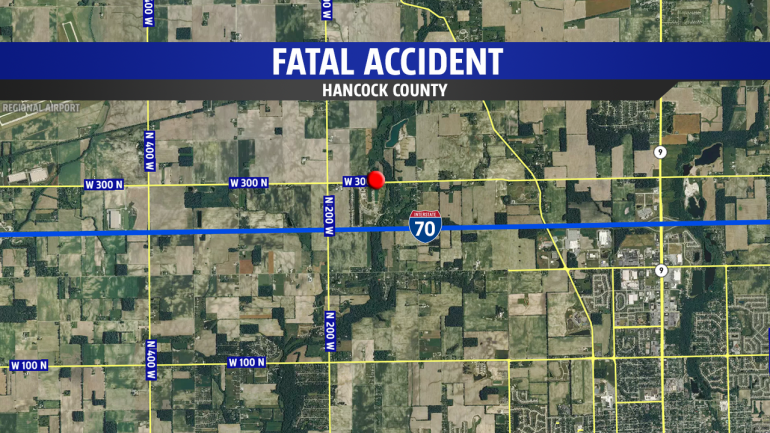 UPDATE (May 18, 2020) — Robert Terry pleaded guilty to causing death when operating a motor vehicle with a Schedule I or Schedule II controlled substance in the blood.

He was sentenced to 9 years as part of his plea agreement. He’ll serve 3 years in the Department of Correction, 3 years in Hancock County Community Corrections (work release) and 3 years on probation.

The other charges against him were dropped as part of the plea deal.

Police responded to a personal injury accident near 1500 West 300 North in Hancock County around 10:50 a.m. on Wednesday, August 28 along with the Greenfield Fire Department.

Police said a motorist and a bicyclist were traveling westbound when the bicyclist was struck by the motor vehicle from behind.

The bicyclist was identified as Rodger Wellenreiter, 76, of Greenfield.

Wellenreiter sustained fatal injuries and was pronounced deceased at the scene.

The driver of the motor vehicle was identified as Robert Terry, 40, of Greenfield. He was uninjured and remained on scene until officers arrived.

According to police, Terry was arrested and faces felony charges of operating a vehicle while intoxicated causing death and driving with a suspended license causing death.

INDIANAPOLIS — Governor Eric Holcomb will deliver his 2021 State of the State Tuesday evening.

This one will be unlike any of his previous State of the State addresses. It will be entirely virtual and without a live audience.

"We are glad to invite our students back into school. I also want to remind our families to be sure to know how critically important it is that you do your part to ensure we’re as safe as possible,” said IPS Superintendent Aleesia Johnson in a video addressed to parents.

IPS' latest round of in-person learning started in November.