Skip to content
Live Now
Live Now
White House Coronavirus Task Force provides update on pandemic
This is an archived article and the information in the article may be outdated. Please look at the time stamp on the story to see when it was last updated.

INDIANAPOLIS (AP) —   Carl Edwards has won the pole for the Brickyard 400.

Edwards turned a lap at 183.484 mph Saturday at Indianapolis Motor Speedway to move to the top of the leaderboard. He then had to wait to see if two-time Brickyard winner and Indiana native Tony Stewart would bump him from the pole.

Stewart was fastest in the first round of qualifying, which made him the last driver on the track for the second round. Edwards watched from pit road as Stewart circled the track, but the three-time NASCAR champion ran out of the gas in the final turn and wound up fourth.

NASCAR is trying a new rules package for Sunday’s race in an effort to improve the competition at a track where it is notoriously difficult to pass.

Here’s a look at the starting lineup 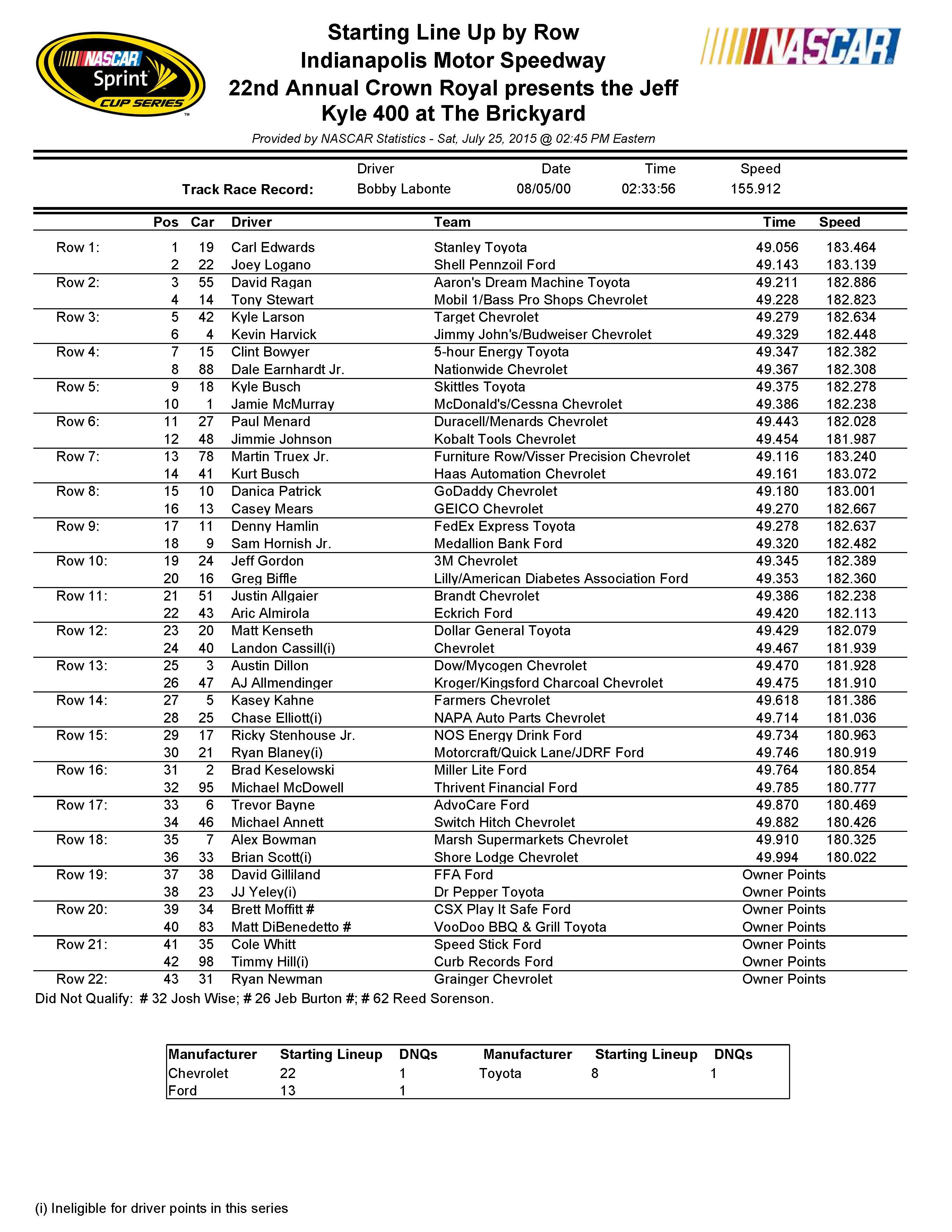 KOKOMO, Ind. -- Officials in Howard County are implementing further restrictions to stop the spread of the coronavirus. Some in the community think it goes too far.

On Friday, March 27, the Howard County Board of Commissioners passed a new ordinance ordering any stores that are still open to place signs where non-essential items are stating they can not be purchased.

INDIANAPOLIS, Ind. – A pair of Indianapolis families are mourning after a triple shooting leaves two dead and one in the hospital.

The violence claimed the life of a football player at Cathedral High School.

INDIANAPOLIS, Ind. -- When U.S. Surgeon General Dr. Jerome Adams named Indianapolis alongside some other major American cities as the next COVID-19 virus hotspots, it got a lot of attention in Central Indiana.

“We must now focus on flattening the curve AND raising the bar in emerging hotspots like New Orleans, Chicago, Detroit, LA, Miami, and Indianapolis. We have the playbook, but we must all increasingly run the plays faster and better as #COVID19 spreads the field,” read a tweet from Dr. Adams Sunday.

‘This is real life and not a dream’: Somber video shows haunting sights of empty Indianapolis during coronavirus pandemic