DANVILLE, Ind. — Officers at the Danville Metropolitan Police Department may need to loosen their belts if local children continue offering them donuts to show their gratitude.

Officer Lien says he was completing paperwork in a parking lot Saturday morning, when a little boy and his mother approached his vehicle and handed him a donut. Lien says the boy accepted a junior officer sticker, but was too shy to take a photo or take a tour of the squad car.

The officer took to Facebook to show his gratitude.

“Thank you very much kiddo! With all these donuts the kids are bringing in, we’re going to have to start an intense department fitness plan…,” said Lien in a post.

Earlier in the week, another child named Emmy thanked the officers for their work by bringing the department a box of donuts as big as she was. 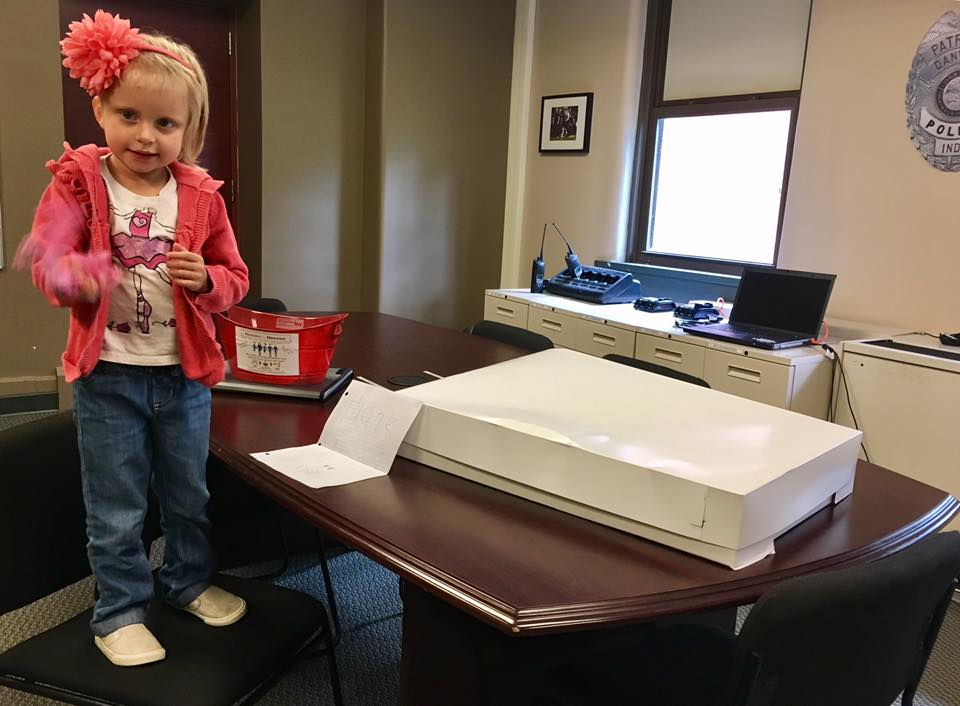 Police say she used money from her own piggy bank to purchase the treats, and even drafted her own note. She did so after “community helpers week” at her pre-school.

The Indiana State Police said the arrest comes after an investigation into information that a 13-year-old boy had possibly been molested at a Cass County home. The investigation uncovered evidence that the boy had been molested on multiple occasions between September 2017 and December 2018.

SHELBYVILLE, Ind. -- Police in Shelbyville are investigating after a woman was found dead Tuesday.

The Shelbyville Police Department said officers responded to the 900 block of Meridian Street Tuesday to investigate a report of an unresponsive female. When they arrived, they found 38-year-old Amber Griffith dead.

Those new cases were reported to ISDH between July 30 and August 14.