FRANKLIN COUNTY, Ind. – A southeastern Indiana community is grieving the loss of a pastor’s wife after her vehicle went into a creek in Franklin County on New Year’s Eve.

Investigators identified the woman as Carol Jackson, 63, of Clarksburg. Community members said she was the wife of the pastor at Clarksburg Christian Church, and she was the glue that helped hold them together.

“Carol was the light of our church,” friend Carol Holzback said.

“She planted so many  seeds of hope and encouragement to everyone here,” friend Becky Gault said.

Indiana Conservation Officers said about 6:30 p.m. on New Year’s Eve dispatchers received a call from a man reporting his wife contacted him, and her vehicle was filling with water and being swept away.

A search for Jackson began and involved multiple agencies and more than 150 people. A vehicle matching the description was found in the flooded waterway on Tuesday morning. 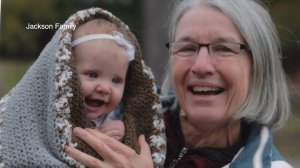 Investigators said they believed she may have been on a concrete slab when the water pushed her into Pipe Creek.

The faith and love Jackson showed her community is what they’re holding onto in their time of grief.

The community gathered in prayer at the church Tuesday night.

“Carol was a giving, compassionate woman that just loved to pour herself into this community,” friend Chris Beaumont said.

Each person had a memory, a photo or story they held onto from the more than 30 years she and her husband ministered in the community.

“So her very last text to me is ‘your kingdom come, your will be done,’ that was Carol. That he wanted the will of the kingdom to be done,” friend Tammy Sodell said.

Friends said Jackson had six children, one grandchild, and another on the way.

If you are trying to strengthen the muscles in your shoulders and upper back, the lat pulldown is one of the best exercises to perform.

Rubber hex dumbbell sets are important pieces of workout equipment because they allow you to perform multiple, different styles of lifting and training.

​​One of Pilates’ most attractive features is that it doesn’t require bulky machines like those used in weight-lifting or cardio.

Indy mother describes the moment a car crashed into …