COLUMBUS, Ind. — A Columbus man is in custody after he attempted to elude officers in a vehicle and on foot before being arrested early Tuesday morning.  Shortly before 4:00 a.m., Columbus Police Officer Travis Harbaugh observed a vehicle with an expired license plate in the area of 11th Street and Washington Street.  When Harbaugh attempted to stop the vehicle, the suspect increased the vehicle’s speed and refused to pull over.  The suspect, later identified as Douglas W. Houchens, a 37 year old Columbus resident, disregarded a number of stop signs before losing control of his vehicle and striking a curb near 22nd Street and Hawcreek Avenue. 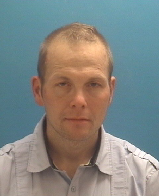 Houchens exited the disabled vehicle and fled the area on foot.  He was apprehended by Harbaugh a short time later with the assistance of a Columbus Police Department canine unit.  Houchens exhibited signs of being under the influence of an intoxicant and was transported to Columbus Regional Hospital.  After being discharged, he was transported to the Bartholomew County Jail on the following preliminary charges:

Resisting Law Enforcement with a Vehicle

Leaving the Scene of an Accident

Operating a Vehicle While Intoxicated

According to online posts, the issue is with the chain's third-party vendor. This has temporarily stopped credit or debit card payments and caused issues with mobile orders.

INDIANAPOLIS -- A three-member commission appointed by Indianapolis Mayor Joe Hogsett to review the incidents and police response surrounding last spring’s riots in downtown faulted IMPD for a lack of training and preparation for the potential of protests getting out of hand in the wake of the George Floyd killing in Minneapolis and the fatal officer-involved shooting of Dreasjon Reed in Indianapolis.

The 44-page report also faults IMPD for not expressing enough “empathy” with the protesters and responding with tactics that seem to exacerbate the crowd’s anxiety that led to violence.

The latest ISDH dashboard data indicates the state’s 7-day all-test positivity rate of 4%, with a cumulative rate of 9.9% positive.

‘Now is not the time to relax restrictions’: CDC head warns of stalling progress in pandemic