CARMEL, Ind. — A family is still searching for answers to this day, 13 years since an off-duty officer was killed in a hit and run.

42-year-old Ronald Obsitnick was struck and killed on his motorcycle the night of July 20, 2006, according to police.

“Ron was just a fun person. Just a joy to be around, always had something funny to say. He had a dry sense of humor,” said Carmel Police Lt. Adam Miller.

Obsitnick was a brother to fellow officers and his family.

“He can take you from a bad day to a good day. That’s just the kind of person he was,” said his sister, Michelle Eurick.

He was also well-loved.

“I was crushed. I was very crushed. Never expected an older sibling to go at such a young age,” Eurick said.

“We have no idea of what actually happened. We know he was left there in the middle of the street alone with his motorcycle and the person that turned in front of him and hit him left,” said Lt. Miller.

His family has a number of questions that remain unanswered. 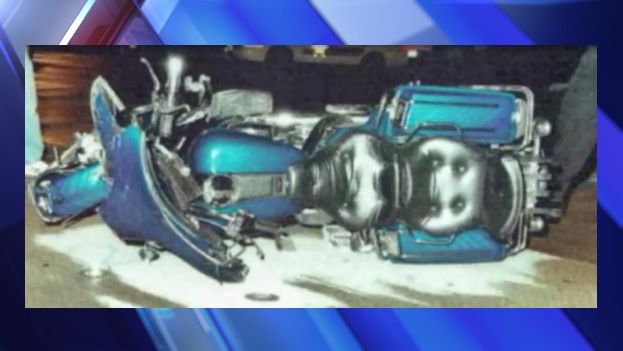 “Why did you leave the scene? Why couldn’t you have waited? I mean, you got out of your vehicle, you walked back there, you looked at him in the road. You got back in your vehicle and left,” said Eurick.

But witnesses did not leave the scene. They stayed around to tell police what they saw.

“Luckily, there were some witnesses that saw it was like a two-door black sports car [that] had a spoiler on the back. So there were some distinctive features on the car where the damage could’ve been,” said Lt. Miller.

Police say they did everything they could. They checked surveillance cameras at nearby gas stations and restaurants and checked body shops for the vehicle involved.

“We tried everything, you’re right — just horrible. It’s like losing one of your own family members. And such a horrible accident the way it happened,” said Lt. Miller.

Eurick isn’t sure if they’ll ever get closure due to the amount of time that has passed. But she has a message to the person who took their loved one.

“Just give us our closure,” said Eurick.

Police have a message to the family.

The Obsitnick’s message to police:

“I appreciate the fact that they haven’t given up,” said Eurick.

And one final message to a man who is gone but not forgotten:

Police are asking anyone with any information to contact CrimeStoppers at 262-TIPS.

INDIANAPOLIS, Ind. -- A man was critically shot on the near east side of Indianapolis early Thursday morning.

Shortly before 1:30 a.m. the Indianapolis Metropolitan Police were dispatched to the intersection of Michigan and Rural Street on a report of a person shot.

WILSON, N.C. (WNCN) - The 25-year-old man charged with shooting and killing a 5-year-old boy over the weekend in Wilson had his first court appearance Tuesday.

Over the span of less than three hours Wednesday, three men were shot to death.

How can Wall Street be so healthy when Main Street isn’t?

For Americans waiting on virus aid, no new relief in sight

How can Wall Street be so healthy when Main Street isn’t?