BOONE COUNTY, Ind. (Feb. 10, 2015) - An Indianapolis Colts employee, who was burglarized twice in May 2013, was the victim of another break-in last week.  In the latest break-in, the thieves took the long-time Colts facilities manager's puppy.

The puppy was found in Columbus Tuesday night by the Boone County Sheriff's department.

Over his years around the team, Troy Glendenning has acquired an impressive collection of memorabilia, like his autographed Peyton Manning rookie jersey and Super Bowl Championship ring.  In May 2013, Glendenning's house was robbed twice and the thieves took one-of-a-kind Colts memorabilia that Glendenning has collected  over a lifetime of working in the big leagues.

“Super Bowl ring, a lot of autographed footballs from different players, Peyton Manning jersey, rookie jersey actually, signed and framed,” Glendenning said of what was taken in 2013. “Just a lot of good stuff, they just wiped me out.” 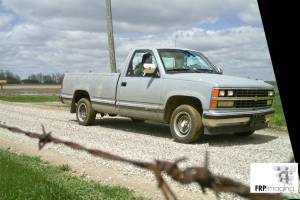 Surveillance cameras captured a picture of two men believed responsible. But now, nearly two years later, no arrests have been made. Then, last week, Troy’s home was robbed again.

“They’ve been back,” Glendenning said. “They came back. I just couldn’t believe it, could not believe that I got hit again.”

But this time, something even more valuable to Troy is missing: his 9-month-old boxer pup, Vegas.

“I thought, 'OK, maybe they let him out, maybe he’s in the garage, maybe he’s in another room,' so I checked all the other rooms, went outside, hollered, didn’t see any footprints,” Glendenning said. “So then I realized that the dog wasn’t anywhere around, the dog was missing, and it was just unbelievable. Shocked, absolutely shocked, who would take a man’s dog?”

Now, the Colts organization and some players, like Pat McAfee, are offering a big cash reward to help their friend.

“AFC Championship ring, Peyton Manning signed jersey that he sent me after the first robbery, he was kind enough to send me some more stuff, it’s still there,” he said. “There’s at least one or two other footballs, game balls and another autographed ball that was sitting right by the TV, and they didn’t touch it, and they go for the dog. That’s what I don’t understand.”

“Drop it off at a shelter, drop it off at my front door, make a phone call, something, take it to a vet whatever, just I want my dog back,” Glendenning said. “That’s my focus now. Not the television, not the computer, none of that, it’s about the dog at this point. So whatever you can do to get my dog back, do it. Have a heart and do it.”

True to form, the Colts organization has stepped up to help Troy find Vegas. The team, including punter Pat McAfee, is offering a $6,000 reward to anyone with information that leads to his safe return.

Police have only a vague description of the vehicle used this time around. They’re looking for an early 1990s-model full-size, extended cab truck that’s light blue with a silver strip in the middle.

INDIANAPOLIS– Indianapolis Metropolitan Police arrested a woman for her role in a stabbing that killed two people and wounded another.

INDIANAPOLIS -- Police are investigating after a shooting left one person in critical condition Tuesday.

The shooting happened in the 10100 block of Montery Road around 12:25 p.m. Tuesday. When police arrived, they found a person in critical condition.

KOKOMO, Ind. — The Kokomo Police Department is investigating the shooting of a teen girl.

Police responded to a shooting around 2:57 a.m. in the 900 Block of East Walnut Street.