INDIANAPOLIS, Ind. — Indianapolis has seen more than 150 homicides in 2019, and there’s still another month until the new year.

Statistics show Indianapolis is one of the few cities in the country still breaking homicide records.

Indianapolis’ Gun Violence Intervention Program has been trying a new tactic since May. They use data to target those who are likely to be involved in gun violence, whether that’s as the shooter, victim or even a witness. They want these individuals to get the message that it’s time to put the guns down. 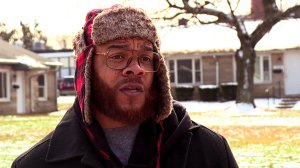 “I’ve been a victim of gun violence, and I have perpetrated gun violence,” said convicted felon-turned-anti-violence-crusader Edward Ball.

You would never think by looking at 42-year-old Ball that he has served 14 years for selling drugs, firing shots, and that he’s been shot at least five times.

“I am actually on the barred list from this actual neighborhood,” said Ball.

It was the neighborhood near Keystone and Minnesota Avenue where he caught many cases and sold drugs about 20 years ago. He actually walked with us through his old stomping grounds to take us into the atmosphere he’s now left behind. 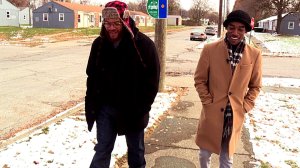 “I think the last time I got out here and walked around was before I got locked up – ‘98,” said Ball.

We asked Ball to take us back 20 years, to the days where he was ripping and running the streets, and asked him if he ever had enough of the fast lifestyle he was living.

“That was almost like the pedal to the metal. I was like, ‘Okay, I’m like, aight, so yall want to play so let’s play,’” said Ball.

That “play” eventually led to numerous felonies and a 39-year prison sentence. As crazy as it sounds, Ball says he remembers being in the courtroom hoping a prison sentence would save him.

“It was a curse, but it was also a blessing at the end of the day,” said Ball.

That’s why he’s telling his story in an effort to save others who are like just like him.

“I think what may have to take place for them to start realizing that there is another possibility. Another way of doing things. They’re going to have to actually be shown,” said Ball.

That’s something he knows now that he didn’t at 24. Ball now works with Faith In Indiana, an organization that partners with clergy, city leaders and community leaders to do anything they can to reduce gun violence.

“We got together with our partners and IMPD, probation, prosecutor’s office, federal level as well, and we just started. I introduced this idea, this concept, and it’s from the 90s, so it’s not brand new,” said Shonna Majors, director of community violence reduction. 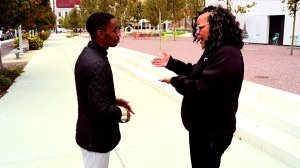 Indianapolis implemented the Gun Violence Intervention Program in 2017 but is now refocusing its efforts. Data is used to identify the shooters, potential shooters and potential victims to then make contact to try to promote change.

“We go by zip code, and everybody that’s on probation in that area, there’s a list created. And then, we cross-referenced that list with our Indianapolis violence reduction partnership partners,” said Majors.

Once those people are identified, someone from the program, like Ball, a clergy member, Majors or sometimes even a neighborhood beat officer, reaches out and invites them to what they call “a call-in session.”

At the sessions, they are introduced to a number of different resources, sometimes a former offender who has been where they are now and sometimes even the loved ones left behind.

“Having a mother stand in front of you and explain her pain from the other side of the aisle as the victim’s side, I think that a powerful piece that moves people,” said Majors.

Majors says since May, the program has been able to get 39 potential victims or potential shooters to participate in their sessions and continue in their program.

We asked Majors what she’s noticed about the 39 people who are participating.

Earlier this year, the program teamed up with David Muhammad, the executive director of the National Institute for Criminal Justice Reform. This comes after Mayor Joe Hogsett allocated $100,000 to bring in a technical assistance director. 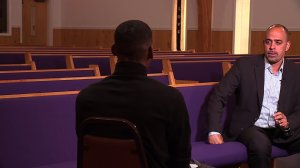 “Indianapolis for four consecutive years has broken the all-time homicide mark in the city. That is really rare,” said Muhammad.

He oversaw the implementation of a similar program called CeaseFire in Oakland, California.

In 2018, there were 68 homicides in Oakland, the second-lowest that city has seen in 40 years. Majors hopes to see the numbers go down here in Indianapolis, but it’s about so much more than just numbers.

“The other thing I want to see is more love and peace toward each other. Working with our youth to try to instill compassion again because I feel like a lot of our kids are numb to the violence,” said Majors.

But that means tackling a lot of problems in the urban communities, where gun violence primarily happens.

“You have concentrated poverty. You have low performing schools. You have extraordinary blight. You have the proliferation of liquor stores. You have easy access to drugs and guns readily available,” said Muhammad.

Regardless of accessibility, this program and those involved want to tap into the hope in these communities and create a new path for those who may be struggling to choose the right one.

“It’s human compassion, it’s the heart problem. We’ve gotten away from the true meaning of what it means to be a neighbor and a community, and we need a new village,” said Majors.

The goal is to create a village where the shooters and the victims are understood as regular people, who have value in the streets and in the lives of our youth, rather than lose value in a cell.

As of today, the 39 people working with the gun violence intervention program have not committed any crimes. They are continuing to meet at call-in sessions to continue spreading the message.

If you are someone that wants to participate in the program, reach out to Faith In Indiana, and ask for Rosie Bryant.

CUMBERLAND, Ind. — Police in Cumberland continue to investigate after a man was found shot to death in a parking lot Thursday night.

The victim has been identified as 21-year-old Dae’Vion Pullum. His death is being treated as a homicide.

The three-member commission faulted IMPD for a lack of preparation, coordination, communication, and training for the protests in the wake of the George Floyd killing in Minneapolis and the fatal officer-involved shooting of Dreasjon Reed in Indianapolis.

INDIANAPOLIS — The Indianapolis Metropolitan Police Department has a woman in custody in connection with a deadly stabbing on Indy's northeast side.

The IMPD said the stabbing happened in the 3900 block of North Shadeland Avenue shortly before 4 p.m. Friday. When officers arrived, they found a man with injuries consistent with a stabbing. The man was transported to a local hospital in critical condition where he was pronounced dead.