INDIANAPOLIS, Ind. – The man accused of killing a Southport police officer last month is  out of the hospital, and after his initial hearing was pushed back twice, it is scheduled to take place on Wednesday.

Brown is charged with murder in the death of Lt. Aaron Allan, who responded to a crash at South Madison Avenue and Maynard Drive on Thursday, July 27. He and a Homecroft officer found a BMW had flipped over during a crash. Brown was the driver of the car, and he was wedged inside and “hysterical,” according to court documents. Allan tried to calm him down and assured him help was on the way.

A witness said Brown “kept trying to reach for something behind his back,” and that’s when he pulled out a pistol and fired it more than a dozen times, according to court documents. 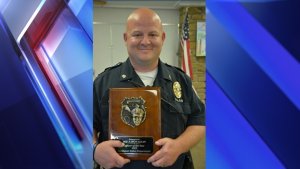 Allan was shot 11 times and died from his wounds at Eskenazi Hospital. A uniformed officer and an off-duty deputy returned fire, striking Brown, who was taken to the hospital in serious condition.

Allan is the first Southport police officer killed in the line of duty. Thousands of people attended his funeral as he was laid to rest last weekend.

INDIANAPOLIS, IND. — Recently, Indy’s City of Peace Coalition got approval from the Mayor’s Office and the Indianapolis Metropolitan Police Department (IMPD) for their recommended tactics to combat violence. The city saw a Friday full of violence across Indy just days following the approval.

INDIANAPOLIS -- A man is dead after a shooting at an apartment on Indy's near east side Friday morning.

The Indianapolis Metropolitan Police Department said the shooting happened in the 1000 block of Hosbrook Street just after 11:20 Friday morning. When police arrived, they found a man suffering from an apparent gunshot wound.

INDIANAPOLIS — Police are searching for the person who shot and killed a teen on Indy’s east side early Friday morning.

Just after 1 a.m., IMPD officers responded to Bradley Avenue where they found a teenage boy shot in the neck. The victim staggered down a sidewalk after being shot before he collapsed. That victim, who hasn’t been identified, died after being rushed to the hospital.