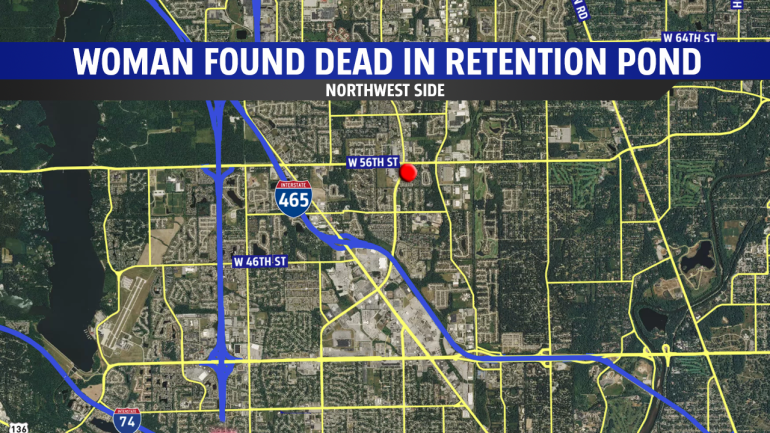 UPDATE: At 9:06 p.m., IMPD said in statement that no foul play is suspected.

INDIANAPOLIS, Ind. — The Indianapolis Metropolitan Police Department (IMPD) is investigating a death on the city’s northwest side.

Police said just after 4:00 p.m., officers were dispatched to the 4600 block of Kimmeridge Lane after reports of a person inside a retention pond.

Officers and EMS arrived and found an adult female in the pond, according to police.

The woman was pronounced dead at the scene.

Homicide detectives began canvassing the area for evidence and speaking with potential witnesses.

Police said the case is being handled as a death investigation, and anyone with information is asked contact the Homicide Office at 317.327.3475 or Crime Stoppers at 317. 262.TIPS.

This is an active and ongoing investigation.

This story will be updated.

INDIANAPOLIS, Ind. -- A man has been charged for the murder of a woman who was found dead inside a Fountain Square church facility in November.

On November 3 of 2019, Julie Morey was found dead on a couch inside St. Patrick Catholic Church's recreation center on Prospect Street.

BEECH GROVE, Ind.-- A teenager accused of killing his uncle in Beech Grove will be charged as an adult, prosecutors announced Friday.

Sylvester Ford, 16, faces one count of murder in the death of Devon Ford.

INDIANAPOLIS, Ind.-- A Carmel man is facing charges after federal authorities say he tried to gain $2 million from PayPal and eBay through fraud.

The news comes after the FBI served a search warrant at a home in Carmel on Thursday. At the time, authorities didn't release any details about the investigation.