BLOOMINGTON, Ind. - Police in Bloomington have arrested a Gary man accused of robbing a string of businesses.

They served a search warrant at his Gary residence and reportedly found the same David Eckstein number 22 St. Louis Cardinals jersey that Williams wore in a liquor store robbery.

According to police, he had been traveling a lot to Bloomington to visit his girlfriend.

On May 10, he was charged with robbing the Big Red Liquor Store located at 2401 W. Third Street. Police said the investigation was continued and Williams admitted to six other robberies that occurred in 2016.

The robberies reportedly happened between Oct. 3 and Dec. 12, 2016. The timeline is below:

Police say Williams claimed to use a BB gun in five of the armed robberies.

Detectives continue to investigate Williams as a possible suspect to two unsolved and one attempted robbery that was never reported to police.

He was first booked into Lake County Jail on a charge of parole violation before he was recently transported to Monroe County Jail. 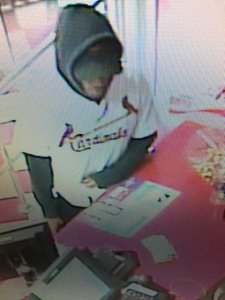 GRANT COUNTY, Ind. -- The Grant County Sheriff's Department is asking for the public's help in locating a man wanted for alleged child molestation.

In a Crime Stoppers bulletin, officials said Justin McCarty, 30, has an active warrant out of Grant County and are seeking information on his whereabouts.

CUMBERLAND, Ind. -- A mother and her boyfriend are facing neglect charges after an 8-year-old girl died in Cumberland, according to the Cumberland Police Department.

High Court Chief Justice Susan Kiefel announced the decision of the seven judges on Tuesday in the appeal of Cardinal George Pell. The decision means he will be released from Barwon Prison outside Melbourne after serving 13 months of a six-year sentence.