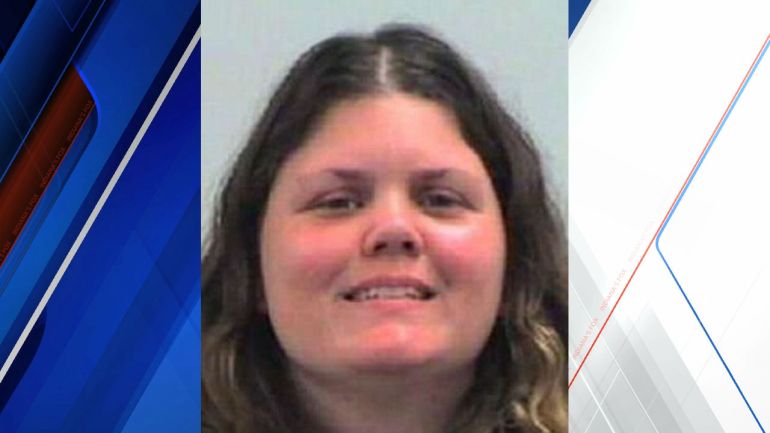 (June 30, 2015) – A Wayne County woman pleaded guilty to murder and arson after she burned her father alive.

According to a probable cause affidavit, while Carl was out of the house,  Nina went into their shed and got a can of camper fuel. Nina took the camper fuel into her room and poured it into a cup. She then lit a candle and waited for her father to come home.

When her father came into the house, Nina called for him to come into her bedroom. When he entered the room, she threw the cup of fuel into his face and shoved the candle to his chest. Nina then crawled out of her bedroom window and walked down the road where she then spoke with her uncle Harvey Holbrook.

She told Harvey what she had done, and that her plan was for her father to die.

Harvey called police. When they arrived, Carl was burned severely over the majority of his body, and he was unable to speak.

He was pronounced dead the same day.

Investigators asked Nina what happened, and she replied, “I torched him.” When they asked again, she said, “I set my dad on fire.”

Fox 59 talked to a neighbor who saw her after the incident. He said she showed no remorse.

LEBANON, Ind. -- Police have a man in custody after allegations of misconduct.

The department said the investigation involves Lebanon High School teacher Brian Boyer. Police responded to the high school Friday morning after two individuals at the Lebanon Schools Administration wanted to file a complaint on a teacher.

LAWRENCE, Ind. -- Police have a man in custody after a deadly shooting in Lawrence Friday afternoon.

BROWNSBURG, Ind. - After several residents have reported their property struck by paintballs, the Brownsburg Police Department is warning that it's not an innocent game.

"It can cause a lot of damage, not only property damage but somebody could be severely injured," said Corporal Chris Nelson, Public Information Officer for the Brownsburg Police Dept.

Indiana government complex closing to the public ahead of inauguration

NRA announces bankruptcy with plans to incorporate in Texas

Indianapolis Post Office seals some collection boxes ahead of inauguration

The Terminator is coming: Packers prepare for Aaron Donald

Emotions must be put aside as Colts address personnel issues