BARTHOLOMEW COUNTY, Ind. – A driver was seriously injured in a construction zone crash in Bartholomew County on Monday night.

The driver, identified as Angel Tucker, of Columbus, was lying near the vehicle which was in a ditch on the east side of the roadway.

Tucker said she was driving northbound when a semi came into her lane.  As she attempted to avoid the semi, she hit the end of the guardrail and rolled into the ditch. She said she crawled out the passenger side window.  She was transported to Columbus Regional Hospital.

It is unclear at this time if the semi driver will face any consequences.

Statistics show it takes just one minute more to travel through a two-mile work zone at 45 mph instead of 65 mph. Speeding and aggressive driving is a major cause of work zone crashes.

“Construction workers on SR 46 have also contacted our office about speeding and aggressive driving in/around that construction zone as well. Please slowdown – make sure you are safe and make sure workers return home safely to their families,” Lane said. 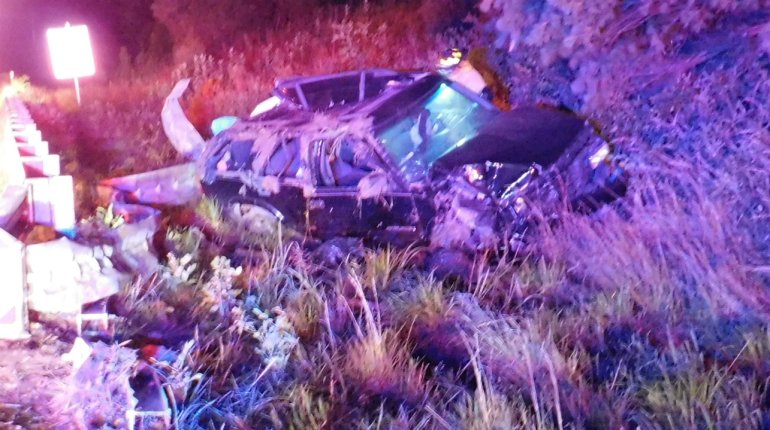 WEST LAFAYETTE, Ind. — As students head back to local colleges for in person studies this Fall, universities are requiring negative COVID-19 tests for students to get back on campus.

“I took mine at Purdue,” details Christian Nichols who is already on campus, “They provided the test for me, but a lot of people have mailed their test in to come in in the fall.”