INDIANAPOLIS, Ind. — Community music festival Holler On The Hill is coming back to Garfield Park in September.

“Our vision for Holler On The Hill is to create an accessible, affordable, family reunion-like atmosphere that features some of the best songwriters and performers making music right now,” said Festival Director and Founder Josh Baker.

The promoters said the goal is not to compete with giant music festivals, but to offer a fan-driven music experience in the Indianapolis area.

“Through the curation and production of over 350 shows annually through MOKB Presents and HI-FI, we’ve developed a trusted loyal audience of music lovers and artists. It’s this unique collaboration with the artists and fans that has paved the way for this annual gathering,” Baker said.

Holler On The Hill is open to all ages. Single day and two-day weekend passes are are on sale now at HollerOnTheHill.com. 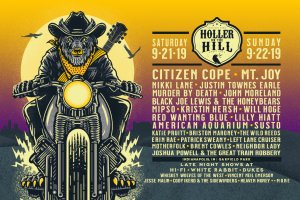 Breaking down the names entered into the Governor’s …

Ben Davis HS student arrested for having a handgun …

Person in critical condition after shooting in Popeyes …

How to protect yourself against mail thieves

Indy among US metro areas with the worst air pollution