It was a hot and muggy Indiana summer night, but everything turned out cool and groovy after John Mayer took the stage at Bankers Life Fieldhouse on Monday.

The jam-filled evening started out a little mellow, opening with the newer “Helpless” from 2017’s The Search For Everything and “Vultures” from Grammy-winning Continuum from 2006.

Then the singer-songwriter and guitar wizard threw in his breakout hit “No Such Thing” from 2001’s Room For Squares, and the rest of the night was a crowd-pleasing blur.

This latest outing sees Mayer back in Indianapolis and in his own element after touring with Grateful Dead members earlier this year. Some of the hardcore fans in attendance tonight caught him with Dead & Company at Ruoff Music Center in June.

To the dismay of some, Mayer didn’t speak much, and it became obvious early on that last night was about getting down to business.

There were no opening acts and no co-headliners; just the John Mayer band playing two full sets and an encore, totaling 25 songs.

During the first set, the stage was minimally lit with a giant screen backdrop that projected simple, classic-looking video images of Mayer and the band.

The video backdrop had an opening behind Mayer and his phenomenal band, with different lighting and cut-out set pieces that fit perfectly with “Paper Doll,” which may or may not be about his brief relationship with Taylor Swift.

If Mayer was all about business last night, his band was with him 100%. Two percussionists laid down the groove, a bass player and keyboard player jammed out song intros, two backing vocalists shined on “Gravity” and many other cuts, and two additional guitarists — for a total of eight — made up Mayer’s touring unit.

He finally spoke near the end of the first set, but only to say he could fit one more song in if he talks less, then played the fan-favorite “Queen of California,” followed by his melancholy masterpiece “Edge of Desire” from 2009’s Battle Studies.

Set number two featured a wonderful stripped-down version of Tom Petty’s “Free Fallin’” followed by “Waiting On The World To Change,” another track from Continuum. Mayer also played Pete Townshend’s “Let My Love Open The Door” toward the end of the night.

As the night progressed, more color and video variety began to appear on the screen backdrop. More set pieces were also added to the scenery behind the band, while remaining clean and elegant.

The final stretch of songs in the second set culminated musically and visually, while showing what Mayer and his band could really do.

Mayer introduced “If I Ever Get Around To Living” from 2012’s Born and Raised as a “note to self.”

“They can’t all be building-years; some have to be enjoying-yourself-years.”

This jam featured the best guitar solo of the night — though not from Mayer — from guitarist and Chicago-native Isaiah Sharkey.

Mayer’s other guitarist and backing vocalist, David Ryan Harris, followed with a serenade of the first verse from Prince’s “The Beautiful Ones,” before the band rolled into “Slow Dancing In A Burning Room.”

In the end, John Mayer’s Indianapolis show was all about delivering the goods; to remind fans of who he is and how his music stands on its own.

“Because of you guys, [this tour] is the best it’s ever felt. It means the world to me.”

After an evening of hits, covers and deep cuts, it doesn’t seem like the Hoosier crowd will forget any time soon. 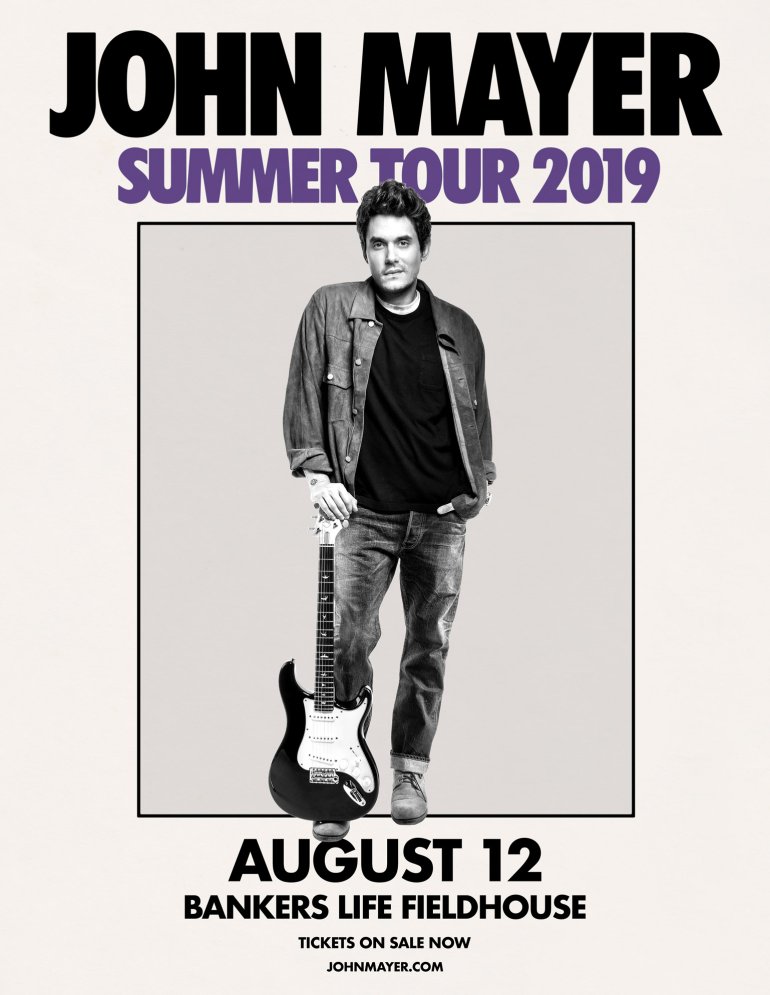 INDIANAPOLIS -- A trio of Indiana-based music professionals are launching a new industry insider podcast next year.

The Music Buzzz Podcast was announced this week and is set to launch in 2021, featuring candid discussions with “those who are and have been a fly on the wall in the music business.”

The superhero film was set to debut on June 5, but due to the COVID-19 pandemic, it was rescheduled to release in theaters in December.

ARLINGTON, Texas (AP) — Nikki McKibbin, a singer from Texas best known for her third place finish in the first season of American Idol, has died. She was 42.

McKibbin’s husband, Craig Sadler, confirmed her death in a Facebook post, saying that she had died after suffering a brain aneurysm on Wednesday and was taken off life support early Sunday. Her husband did not say where she died.