BLOOMINGTON, Ind. — 109 years ago, 10 black men at Indiana University knew they needed a brotherhood, a fraternity.

“It’s Kappa Alpha Psi ’til the day I die. When you’re in it, you’ll know it’s the only way,” said Courtland Crenshaw, an IU exercise medicine major and member of the Kappas, also known as Nupes.

Together the small group formed Kappa Alpha Psi, the fraternity Crenshaw would join more than a century after it was founded on IU’s campus.

In 1911, it was rare for African-Americans to go to college, not because they didn’t want to, but because they often weren’t allowed.

It’s why many historically black colleges and universities (HBCUs) were founded.

In Bloomington, Indiana, Kappas’ founders were the only black students then, and they were reminded of that!

Their transcripts marked with ‘colored” on top, something Kappa founder Bryon K. Armstrong wrote about to the university president, whose office later responded that it was “merely for the purpose of giving us information as to who each person is… It is in no reflection whatever on colored people to have their cards designated “colored.” We try to treat everybody here the same way, regardless  of color, politics, or religion.”

Hoosier student clubs also would not accept the black students so they founded a black fraternity.

“Some instances, they weren’t allowed to go to class, but they were still able to achieve. They were able to get their degrees,” reflected Crenshaw, an IU senior. “They were able to found a black fraternity in a predominantly white institution and follow their dreams.”

Burrell, a Kappa who joined at University of Southern Mississippi in 1988, is in charge of expanding that dream to more than 700 chapters worldwide.

“Achievement in every field of human endeavor is our strongest motto,” he recited. “The advantages that we have– we live off their shoulders. The things that we have today is due to the hard work and the dedication that they struggled through back then.”

But more than a century later, some Indiana Kappas tell FOX 59’s Beairshelle Edmé they have a lot in common with their founders.

The 21-year-old followed in the footsteps of his stepdad, and grandpa, both Kappas.

Today, Kappas still strive to display that, and more!

And like the Kappa founders, the Nupes of the fraternity’s first chapter move to their own beat.

A nationwide literacy Kappa program, a Kappa leadership academy, and Kappa youth college preparatory program are among the ways 150,000 brothers try to all pave the way for the next generation.

Their stepping routines, the Kappa shimmy, and kane twirling are all packed with black history. Cane often spelled with a “k” as a nod to the Kappas.

“Back in the day, the cane was part of the dress code,” Burrell explained. “You can remember when you wore a tuxedo (back then) it was a high top tuxedo, high hat, and a cane. That (kane) was a (symbol of the) grace and elegance of the members as they presented themselves in society to show we are dignified and first-class members of the community.”

After all, Burrell and Crenshaw say that is the Kappa way, achievement in every field of human endeavor.

In 2021, the Kappas will celebrate 110 years of brotherhood, fellowship, and service.

Meanwhile, this October, the Indianapolis Alumni Chapter of Kappa Alpha Psi will ring in 100 years, and to honor that the brothers will kick off a year of service. They will open up a 15,000 sq. ft. building called the Indiana Achievement Center.

It will be operated through the Guide Right Foundation, another Kappa program, where the fraternity will offer tutoring, social services, and workforce development for the Circle City. 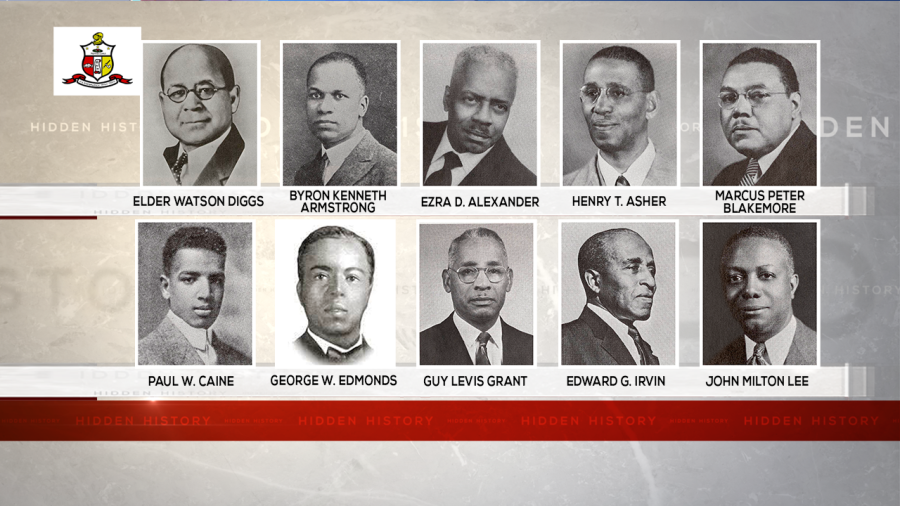 Vaccinations For Your Pets

Where is Sherman? Urban Homestead in Tipton

Road closure on Indy’s northwest side

These are the names people change the most