INDIANAPOLIS, Ind. — A man living on the near northeast side is still healing from a gunshot wound to his lower body. He, and police, said a man shot him after a neighbor tried to stop the culprit from continuing to punch a woman in the street.

Crime Stoppers and IMPD are now searching for the man they call “dangerous.” 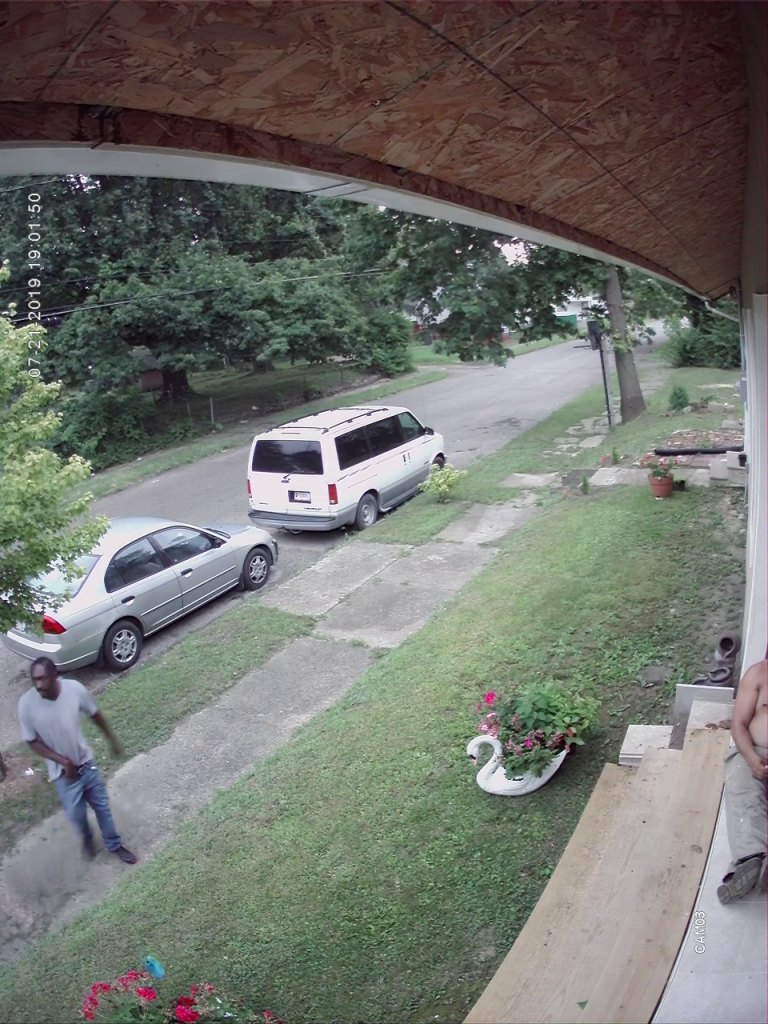 Police said it all began around 7:30 p.m. on July 21 near the intersection of Dearborn and 23rd Streets. A 76-year-old man said he was sitting on his porch when he witnessed a man repeatedly hitting a woman.

The neighbor, a retired Marine, did not want to go on camera but said he tried to help the woman by getting the man to stop, but the man flashed a handgun tucked in his waistband.

“The guy turns on him and basically starts berating him and cursing him out and threatening him,” Daniel Rosenberg with Crime Stoppers of Central Indiana said.

That is when the victim said he went back into his house and told his fiance to call police.

“At that point the man draws a gun and literally shoots at him and the house, striking him once, and almost kills him,” Rosenberg said.

According to IMPD reports, police found shell casings in the middle of North Dearborn Street, but have not located the accused shooter yet.

“I think anybody who is willing to beat another human being in the middle of the street, willing to shoot at a complete stranger just for asking them to stop doing something like that, they don’t have a lot of self control,” Rosenberg said.

The victim is still in pain and begins outpatient therapy at the VA soon. If you know anything that could help Crime Stoppers make an arrest in this case, call them at 317-242-TIPS.

Those new cases were reported to ISDH within the last 24 hours.

INDIANAPOLIS -- A man was shot and killed late Saturday night on the east side of Indianapolis.

LAWRENCE -- A man was stabbed to death Saturday night in Lawrence.

911 operators received a call around 9:30 p.m. for a disturbance at The Grand Reserve at Geist apartment complex on Arborview Drive.