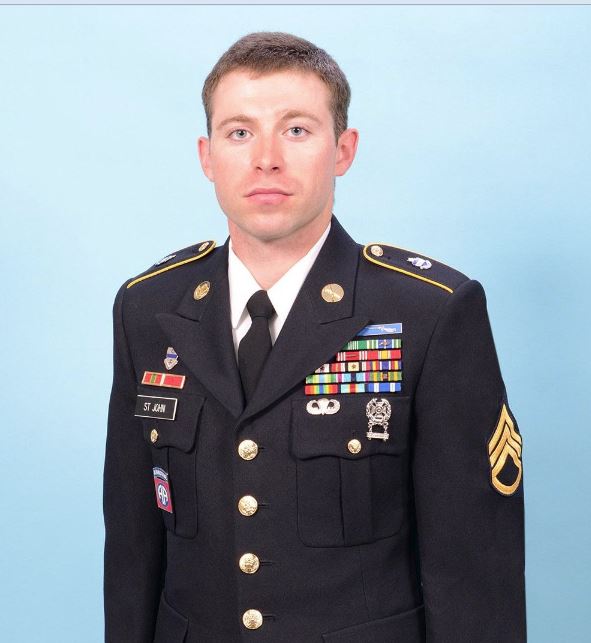 The cause of his death is under investigation, and the Indiana National Guard says no further details are available at this time.

“For those who knew and worked with Staff Sgt. St. John, he was respected and admired for his great love for his country and family,” said Lt. Col. Chad Pittman, commander of the 1st Battalion, 151st Infantry Regiment. “He continually sought ways to ensure the success of subordinates, better himself as leader, and contribute to the achievements the organization. My deepest sympathy for his family at this sad and difficult time.”

St. John was a proud father and husband.

“Janet and I offer our heartfelt condolences to the family and friends grieving the loss of Indiana native, Andrew St. John, who passed away Thursday evening at Fort Hood in Texas. He served with distinction and was known as someone who always put others above himself. I ask all Hoosiers around the state join us in honoring his service and ultimate sacrifice to our state and nation.”

The Mooresville Metropolitan Police Department said an officer patrolling the streets noticed a vehicle with only 1 tail light and a license plate that didn't match the car it was on.

The fire started on I-65 Northbound beginning near the 143 mile marker. Fire crews confirm the blaze stretched for about 6 miles. They believe sparks from the tires of a semi-trailer truck caused the fire.

(CNN) -- When voters in Fulton, Wisconsin, arrived to cast their ballots in a local election Tuesday, the voting process looked a little different.

Rather than the usual paper ballots, voters made their selections on digital tablets, loaded them onto plastic cards outfitted with memory chips, and inserted them into a card reader that saved the votes to a computer and printed a paper copy of each ballot to be placed in a ballot box.