INDIANAPOLIS, Ind. – Several Indiana officials discussed their stance against the legalization of marijuana during a press conference on Wednesday afternoon.

“The Truth about Marijuana” featured Luke Niforatos of Smart Approaches to Marijuana (SAM), Mike Ripley of the Indiana Chamber of Commerce, and Boone County Sheriff Mike Nielsen. They all discussed their positions against the legalization of marijuana in any form, for any purpose. That includes medical marijuana.

A spokesperson for the Association of Indiana Prosecuting Attorneys, Inc. said the problem with medical marijuana is there is no one regulating it, so there is no way to control it. “Once you call marijuana ‘medicine,’ kids think it’s okay to use.”

This press conference comes just two weeks after Indiana Attorney General Curtis Hill clarified the state’s law regarding the use of cannabidiol (CBD) oil. He said it is illegal to sell or possess in Indiana–with the only exception being people with epilepsy conditions specifically outlined in legislation.

However, that leaves a big unanswered question: How will people who are lawfully allowed to use CBD obtain it?

Meanwhile, other groups continue to push for medical marijuana in the state, which CBD oil does not classify as. The Indiana American Legion wants medical marijuana for use by veterans as a treatment option, and Indiana NORML put up this billboard in Indianapolis. It’s located near I-70, west of the Harding Street exit. 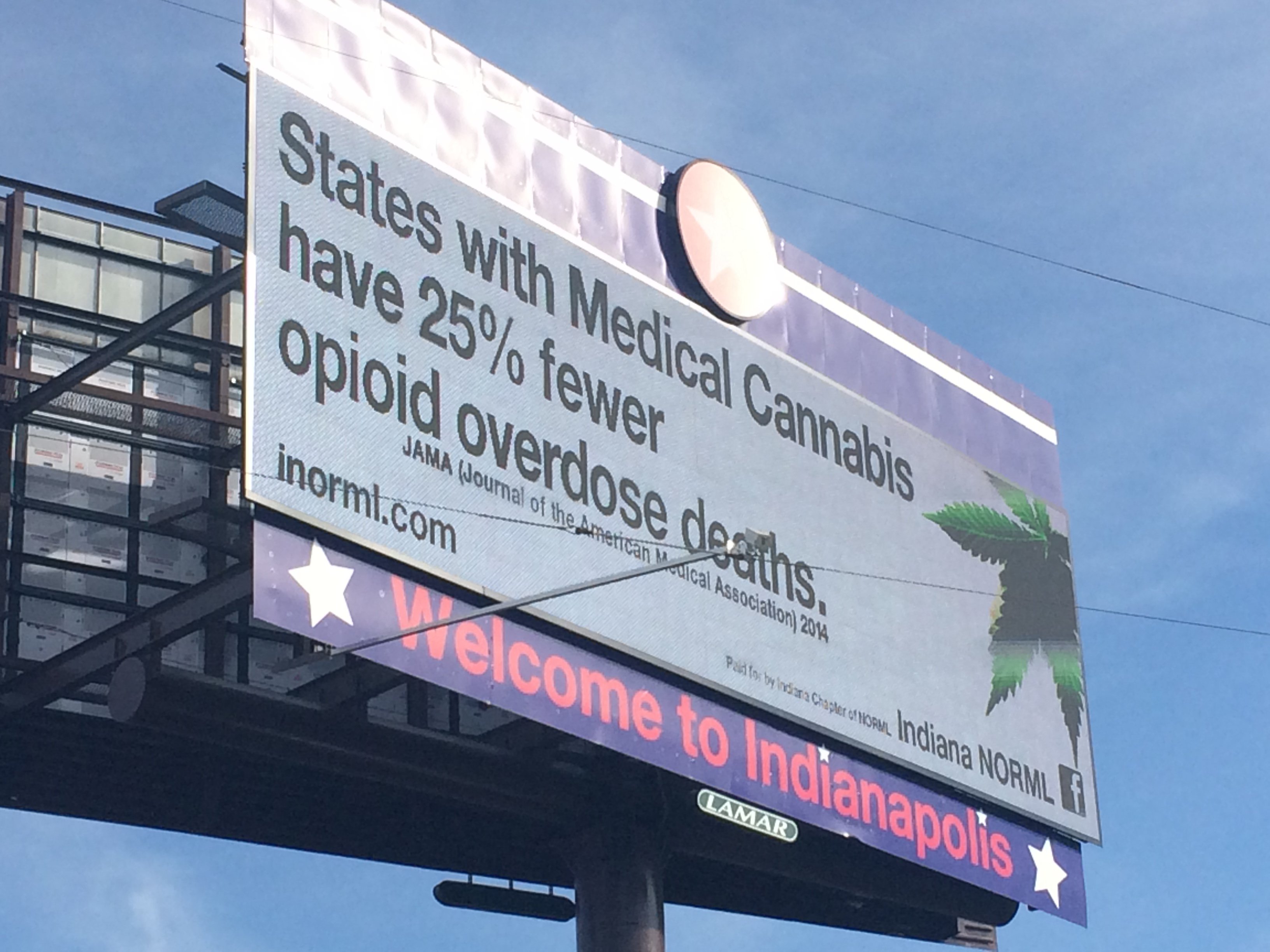 Home Zone: Give your basement an industrial look …

2 found dead inside home on east side