INDIANAPOLIS, Ind. — The Indiana Department of Transportation (INDOT) announced the end of a record-setting construction season for the Indianapolis area metro interstates for 2019.

More than $140 million was invested in projects targeted to address winter damage, to improve Indianapolis area interstates and reduce the number of potholes, according to INDOT. 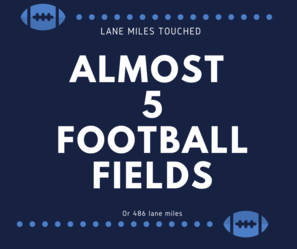 From April to December, contractors from Rieth-Riley Construction, Milestone Contractors, and E&B Paving resurfaced or repaired 486 interstate lane miles. 277 lane miles were repaved with new asphalt surface, and 209 lane miles of concrete pavement were repaired. Hundreds of concrete panels were removed and replaced and thousands of linear feet of concrete joints repaired, eliminating cracks that, if left untouched, would result in potholes during future freeze/thaw cycles.

INDOT said the most effective strategy for reducing the likelihood of potholes is repairing and replacing aging infrastructure is  and ensuring a smooth driving experience.

Work was completed on the I-465 Southeast project in less than two weeks for each bridge, including two bridge deck overlays at the U.S. 40 (Washington St.) interchange.

INDOT said the project would have taken 8-9 months under normal traffic. 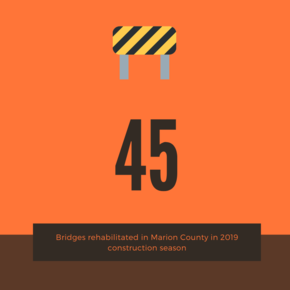 In addition to pavement restoration, INDOT contractors rehabilitated 45 bridges in the Indy metro area in 2019.

Completing maintenance work during construction closures is safer for INDOT team members and saves both time and money for taxpayers and motorists.

During the season, 53 ISP troopers, 56 IMPD officers and 9 Hoosier Helpers protected drivers on the interstates.

INDIANAPOLIS -- IMPD is out looking for speeding drivers.

Since the pandemic started, The Indianapolis Metropolitan Police Department reports seeing more accidents with injury and deaths -- especially on 38th street. A commanding officer cited eight accidents there where someone died.

CARMEL, Ind. -- Indiana bars and restaurants will be at full capacity starting Saturday, but Governor Eric Holcomb's orders come with a caveat. They must remain socially distant.

“If we are going truly allow our guests in there, and be profitable, then we need to know that fine print. What’s it going to look like for everybody," questions Cynthia Zimla, co-owner of Agave Bar & Grill in Carmel, "You can only do so much arm length, you know, certain feet apart. We are definitely going to open our space upstairs, and allow our guests safe distancing for them.”