INDIANAPOLIS, Ind. — Thieves broke into an Irvington home and stole priceless jewelry.  The burglary happened during the afternoon on Valentine’s Day. Someone got in through a side door and took off with a jar of cash and a jewelry box.

“My heart just sank, and my stomach dropped, and the first thing I thought about was is my jewelry box still there,” says Shelby Zornes.

The jewelry box was full of sentimental items, but the piece that means the most to Zornes is a gold, heart-shaped locket on a gold chain. It has a mother-of-pearl inlay with a little gold star on it with a pearl in the middle.  The locket has been passed down in her family for decades.

“It came from my great-grandpa when he was in New York, when he was drafted for World War II. He had gotten it for my grandma,” said Zornes.

Zornes doesn’t care about the money; she just wants her memories back.

“You got a lot of family heirlooms, a lot of memorabilia. You have what I have left of my great-grandparents, that’s it,” said Zornes.

Within days of the burglary, Zornes installed security cameras around her home.

“For the most part, it’s pretty quiet. I think they just saw an empty driveway and took advantage of the opportunity,” said Zornes.

The jewelry box has priceless necklaces, earrings, and rings. Zornes wants the thieves to know if they’re looking to cash in on the items, they aren’t going to get much.

“There’s just no reason for it. These things were mine, they were no one else’s, they have meaning to me. They don’t have meaning to anybody else except $50. I’m mad,” said Zornes.

Zornes is offering her own money up as a reward for the return of any of her jewelry or information to help in the case. She just wants her jewelry back where it belongs.

“They’re not getting anything out of it, so just bring it back,” said Zornes.

A theft report was filed with IMPD. If you have any information, call 262-TIPS. 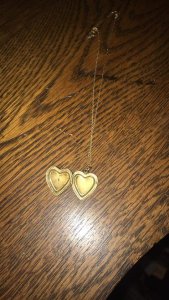 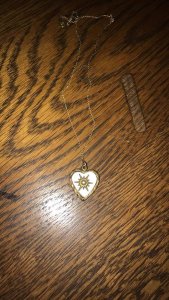 INDIANAPOLIS -- Police apprehended a person Friday night that fired at an IMPD officer.

The Indianapolis Metropolitan Police Department said the shooting happened in the 1500 block of Brookville Crossings. No officers were injured in the shooting. An arrest was made without incident.

The blast was like a wave that shot into the sky and took a few seconds to reach onlookers who were watching from Highway 4, about half a mile away. The blast was so loud that cars shook and car alarms went off before construction workers at a SpaceX hangar ran out to a chain-link fence to see what had happened.

EL PASO, Texas (Border Report) -- Border officers intercepted a load of methamphetamine worth an estimated $2.4 million on Monday at the World Trade Bridge in Laredo, Texas.

Officers were conducting a secondary inspection on a 1999 Ford F-550 carrying a saw machine when a drug-sniffing dog then alerted officers to the presence of narcotics, according to a U.S. Customs and Border Protection news release.