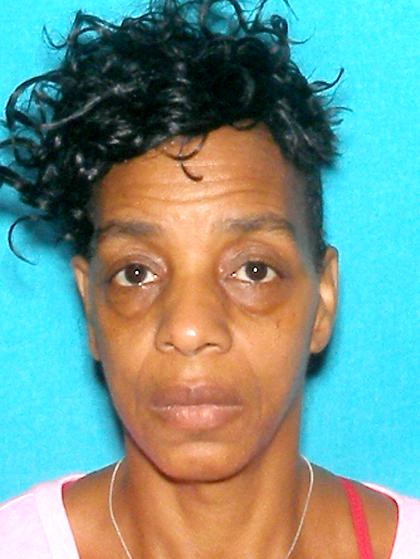 INDIANAPOLIS, Ind. (April 19, 2015) — Saturday evening the family of a woman who suffers from Alzheimer’s called Indianapolis Metro Police to report their loved one missing.

The family, IMPD and Indianapolis Fire teams spent two and a half hours searching for the woman, with no luck.

However, just after midnight Sunday morning, a woman driving eastbound on 56th Street near Roxbury Street saw a woman standing in the middle of the road.

The woman kept stepping into traffic but as cars would honk and pass, she would step back into the median.

The driver, Laquandra Warren passed the woman and saw a look that she was familiar with.

Warren used to work at a nursing home with dementia patients and recognized the confusion on the woman’s face.

Warren turned around and went back to help the woman.

She parked her car in the middle of westbound 56th street and turned on her hazard lights.

She got out of her car and approached the woman standing on the median.

Warren said the woman did not seem afraid, but Warren held on to her to keep her from walking back into traffic and then called 911.

Warren stayed with her until search teams were notified and made it to her location.

Minutes later, search teams arrived and were able to confirm that this was the woman they were looking for.

Emergency crews assessed the woman and determined she was okay.

Officers spoke with Warren and thanked her for stopping to care for the woman.

Officials say Warren’s actions are a great example of how the public and public safety work together to keep our community a safer place.

They also commend Warren for going above and beyond for a woman she didn’t even know, even by risking her own safety.

INDIANAPOLIS, Ind. – Food trucks will be set up at Indiana rest stops as part of the state’s coronavirus pandemic response.

The temporary program will allow food trucks to operate at rest areas so that truck drivers and essential travelers can get something to eat. It aligns with the US Department of Transportation Federal Highway Administration’s Notice of Enforcement Discretion titled “Operation of Commercial Food Trucks in Federally Funded Interstate Highway Rest Areas,” issued April 3.

After 11 people died of the coronavirus at a senior care facility in Anderson, Carmel Mayor Jim Brainard sent a letter to nursing homes and senior living facilities in his area, encouraging them to test their employees every week.

Many complied and called Aria Diagnostics to set up tests, but at least one did not.

INDIANAPOLIS, Ind.-- Indiana Gov. Eric Holcomb and other officials will provide another update Wednesday at 2:30 p.m. to give Hoosiers new information on the state's efforts to combat the spread of COVID-19.