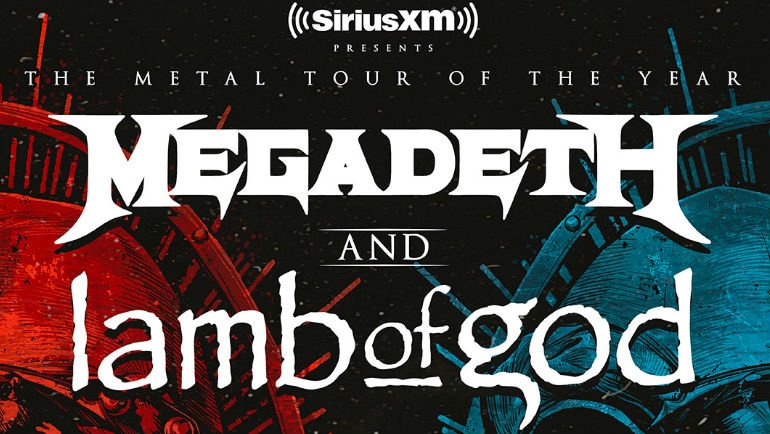 INDIANAPOLIS, Ind. — Now that singer Dave Mustaine has beaten throat cancer, metal lords Megadeth have announced they’re joining forces with Lamb of God for a 2020 tour including a show at Ruoff Music Center.

Two of the world’s biggest heavy metal bands, Megadeth and Lamb of God will co-headline a massive tour across North America and will be joined by Trivium and In Flames on select dates.

Tour producer Live Nation said this is the “must-see heavy music package of the year” and is coming to Ruoff Music Center in Noblesville on Friday, July 3 as part of the Coors Light Concert Series.

Tickets go on sale Friday, February 14 at 10 a.m. at LiveNation.com.

Presented by SiriusXM, the tour is Megadeth’s first North American trek since 2017 and promises to deliver an arsenal of metal hits celebrating frontman Mustaine’s triumphant return to the stage following his diagnosis and recovery of throat cancer.

“Hello me! I’m back again, better than ever and coming to a town near you with Lamb of God, Trivium and In Flames. If you want high octane metal madness this is the tour for you,” said Mustaine.

The new single is from the forthcoming self-titled album which comes May 8. Their eighth studio album is one of the most anticipated metal records of the year.

“The world has never needed heavy more than it does today and top to bottom, this tour delivers! Lamb Of God has toured with and been friends with all of these bands for years, but for all of us to be on the same bill is something extra special. Come early and stay late. This is THE metal tour of the year,” Mark Morton, lead guitarist of Lamb of God said.

Citi is the official presale credit card of the tour. For information on presale offers beginning Tuesday, February 11, visit CitiEntertainment.com.

INDIANAPOLIS, Ind. - Hospitals across the Indianapolis metro area are ramping up staffing as they prepare for a patient surge next week. Some are even training their existing employees to fill vital positions during this fight.

EL PASO, Texas (Border Report) -- Schools are closed and children are spending more time than ever connected to the internet on laptops, tablets and mobile devices.

But so are adults who may be prowling the worldwide web with the intent of exploiting these children, federal investigators say.

WASHINGTON (AP) — The Centers for Disease Control and Prevention is considering changing its guidelines for self-isolation to make it easier for those who have been exposed to someone with the coronavirus to return to work if they are asymptomatic.

The public health agency, in conjunction with the White House coronavirus task force, is considering an announcement as soon as Wednesday, Vice President Mike Pence said on Tuesday.

Beyond the symptoms, doctor breaks down what COVID-19 does to the body

New Indiana guidelines let you create documents from home to help family, doctors if you get sick