GEORGETOWN, Del. (June 16, 2015 ) — A former Baltimore Ravens cheerleader and the ex-wife of a prominent Maryland energy executive has pleaded guilty after being charged with having sex with a 15-year-old boy.

Forty-eight-year-old Molly Shattuck pleaded guilty on Tuesday to one count of fourth-degree rape a felony that can carry up to 15 years in jail. She made the plea in front of a Delaware judge just days before her trial was to begin. 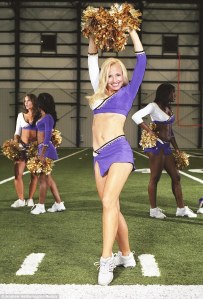 Shattuck will have to register as a sex offender. Sentencing is scheduled for mid-August.

Shattuck was indicted last year for rape, unlawful sexual contact and providing alcohol to minors. She pleaded not guilty.

Authorities say that Shattuck began an inappropriate relationship with the boy in Maryland and that the two engaged in sexual activity at a vacation rental home in Bethany Beach, Delaware, over Labor Day weekend.

WASHINGTON-- President Trump is expected to hold a press conference Friday afternoon at the White House.

Watch his address live in the player above. The briefing is expected to begin at 2 p.m. This story will be updated.

LIVERMORE, Calif. (KRON) -- A California woman is suing a fertility doctor, accusing him of using his own sperm to impregnate her twice.

SAN BERNARDINO, Calif. (AP) — A firefighter died battling a wildfire in California that officials said was sparked by a device used to reveal a baby's gender.

The death happened Thursday in the San Bernardino National Forest as crews battled the El Dorado Fire, the U.S. Forest Service said in a statement.

Bracing for the upcoming flu season during a pandemic