Kayla Parker, 26, has been charged with sexual abuse and exploitation of children, endangering the welfare of a child and indecent assault.

Parker, of Dayton, has been extradited to Pennsylvania, where she – along with her ex-boyfriend, David Carbonaro – allegedly made the recordings roughly four years ago, according to a new release from Pennsylvania Attorney General Josh Shapiro.

“This is an egregious case – a mother who preyed upon and sexually abused her own 3-year-old daughter,” Shapiro said.

Investigators executed a search warrant of Carbonaro’s Upper Darby residence in July and found images and video files showing a 3-year-old girl in various stages of undress – including one file showing a woman’s hand reaching into the child’s underwear, according to the release.

Authorities arrested Carbonaro in July. He has been charged with possession, production and distribution of child pornography.

According to the prosecutor’s office, Parker told investigators that, on multiple occasions, she took her daughter’s clothes off and left her in a bedroom alone with Carbonaro, but claimed not to have seen any abuse, according to WJAC.  After about a year together, Parker said they separated and she lost all contact with Carbonaro.

“The crimes that this mother is accused of are absolutely appalling, and although she may have believed that she left her alleged crimes behind her when she moved to Ohio, we were pleased to assist Pennsylvania Attorney General Shapiro to find, interview, and arrest the defendant on these allegations,” said Ohio Attorney General Mike DeWine. 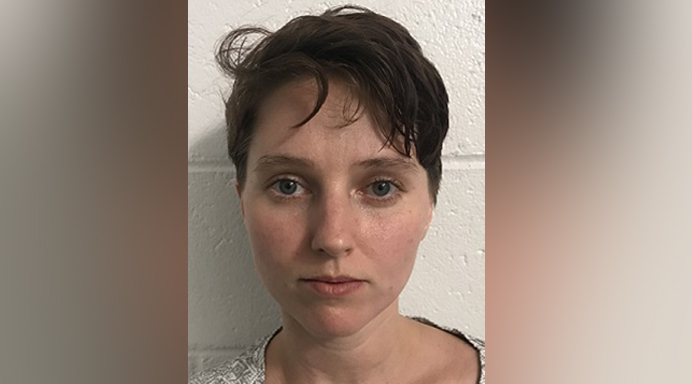 “My office’s Crimes Against Children Unit works every day to keep kids safe and hold predators accountable, and we are happy to have helped Pennsylvania authorities with their investigation.”

UNITED NATIONS (AP) — Born out of World War II's devastation to save succeeding generations from the scourge of conflict, the United Nations officially marks its 75th anniversary Monday at an inflection point in history, navigating a polarized world as it faces a pandemic, regional conflicts, a shrinking economy and growing inequality.

Criticized for spewing out billions of words and achieving scant results on its primary mission of ensuring global peace, the U.N. nonetheless remains the one place that its 193 member nations can meet to talk.

UNITED NATIONS (AP) — The World Food Program chief warned Thursday that millions of people are closer to starvation because of the deadly combination of conflict, climate change and the COVID-19 pandemic and he urged donor nations and billionaires to help feed them and ensure their survival.

The U.N. program's chief David Beasley told the U.N. Security Council that the response to his warning five months ago of a potential “hunger pandemic” had averted famine and kept people alive but the work wasn't done.

PARIS (AP) — In a stunning performance for the ages, Tour de France rookie Tadej Pogacar won cycling’s showpiece race Sunday on the eve of his 22nd birthday, becoming the second-youngest winner of the 117-year-old event that this year braved — and overcame — France’s worsening coronavirus epidemic.

With a yellow face mask to match the race winner's yellow jersey, Pogacar stood atop the podium backlit by the pink hues of dusk, transformed from promising prodigy into cycling superstar, the youngest winner since World War II and the first from Slovenia. While the mask hid his smiles, the creases around his eyes gave them away.