He’s being charged with rape, criminal confinement, criminal deviate conduct, battery, and theft in a case that occurred in 2012.

A jury found Messel guilty of murdering Wilson in August 2016, and he was sentenced to 80 years in prison last month. Wilson, a senior at IU, was killed in April 2015. Police found her body in a vacant lot in Brown County about 30 minutes away from the Bloomington campus.

Prompted by details revealed during Messel’s trial, a victim in a separate case contacted police in August to discuss similarities. Investigators were able to connect Messel to the attack through DNA evidence.

The attack occurred during the early morning hours of September 1, 2012.  The victim, who was a 22-year-old IU student at the time, went to Nick’s and Dunkirk Bar that night.

The victim told detectives she was very drunk, and the next thing she remembers is being in a car with a white man she did not know. The victim said she felt an “icy presence,” “fear in her chest,” and “sensed something was wrong.” 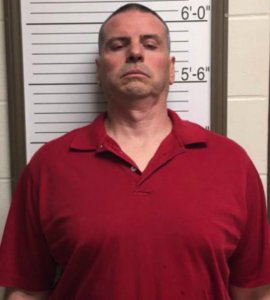 The suspect drove her to a secluded parking lot near Griffy Lake. He opened the door, grabbed the victim’s hair, and threw her to the ground. He then sexually assaulted her. She tried to fight him off, but that made him mad, and he punched her in the face. The force was so hard it knocked a contact out of her eye, and she spit out blood.

The suspect left the victim in the parking lot and fled the scene in a vehicle, taking her clutch purse, shoes, iPhone, credit card, and drivers permit with him.

The victim walked to the nearest home for help.  The homeowner called police, and the victim was transported to the hospital. IUPD detectives recovered evidence from the victim and the crime scene.  The victim was unable to recall specific details of the crime and could not provide a description of the suspect or his vehicle.

A DNA profile recovered from evidence in this case is consistent with Messel’s DNA profile.  IUPD Detective Garth Vanleeuwen traveled to the Indiana State Prison in Michigan City in an attempt to speak to Messel regarding the findings of the investigation, but  Messel did not provide a statement.

These new charges were filed against Messel the same day he filed an appeal for the murder conviction in Wilson’s case.

“Brown County and the Indiana State Police took painstaking efforts at great expense to ensure an impartial jury and a fair trial.  I feel confident that the record is solid and that the conviction will stand while the Defendant exercises his constitutional right to appeal his conviction.”

Fear or phobia? How the ‘spooky season’ can affect people

INDIANAPOLIS -- With a week to go until Halloween, we are in peak “spooky season.”

Many of us are indulging in annual Halloween activities: watching scary movies, going to haunted houses, decorating our homes in creepy décor. While for many, it’s all in the name of fun, for some people it can be a trigger for their phobias.

A mother hunting for her homeless son living in the woods along the banks of the White River near the IUPUI campus instead discovered the body of a nearly nude man Sunday morning.

“She saw the body and immediately thought it was her son and called me up,” said David Potter, a friend of the homeless man’s mother. “I got down to where I could see the person laying there and I knew it wasn’t him.”

MIAMI (AP) — Florida's top health official was asked to leave a meeting after refusing to wear a mask at the office of a state senator who told him she had a serious medical condition, officials have confirmed.

Florida Senate leader Wilton Simpson, a Republican, sent a memo to senators Saturday regarding the incident at the office of Democratic state Sen. Tina Polsky, asking visitors at the building to be respectful with social interactions. Polsky, who represents parts of Broward and Palm Beach counties, had not yet made public her breast cancer diagnosis.

If computers can do it, why are real guns still used on film sets?

What U.S. cities will look like with sea level rise, according to scientific projections

Gas prices are rising: These 10 easy driving tips will save you money

Semi crash on IN 267 in Plainfield, one confirmed fatality

Why has Halloween become so popular among adults?

Semi crash on IN 267 in Plainfield, one confirmed fatality

Fear or phobia? How the ‘spooky season’ can affect people

If computers can do it, why are real guns still used on film sets?