Skip to content
Watch Live
Watch Live
FOX59 NewsPoint at Eleven
This is an archived article and the information in the article may be outdated. Please look at the time stamp on the story to see when it was last updated.

INDIANAPOLIS, Ind.– Construction at the former site of the Indianapolis Star building at Pennsylvania and New York has been well underway for the last couple of months with the construction of the new nine story The Park at Pulliam Square apartments and offices.

While traffic has been unaffected by the current construction in the area, that is about to change next week along Pennsylvania Street.

Starting Monday, February 6th, and going thru Friday, February 17th, the following parts of Pennsylvania will either be closed or restricted between North and New York.

Drivers will be encouraged to utilize either Meridian Street or Delaware St as best north/south alternate routes along with Michigan and New York Street for best east/west alternate routes. 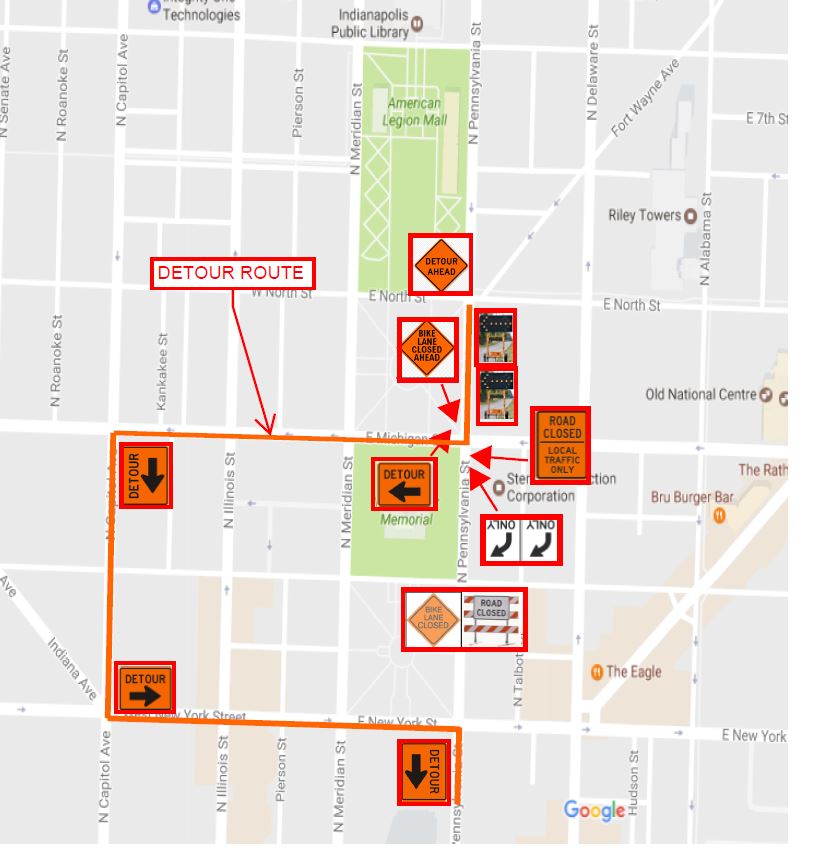