“When we did the ritual in the Great Pyramid, very strange things happened. Our engineer fell asleep and he saw thousands and thousands of alien eyes coming to him in dream state. He ran out screaming and he suffered a stroke after it.”

Jaz Coleman speaks from his hotel room in Los Angeles, reflecting on the 25th anniversary of the Pandemonium album as the sounds of recorded chanting play in the background.

Coleman is the ferocious vocalist, composer and a founding member of Killing Joke, a notorious post-punk outfit that formed in London in 1978. Forty years, 15 albums and a documentary film later — the apocalyptic band is still on the warpath.

“We are at a time in history that my father warned me about, the slide into fascism. Which we in Killing Joke are hard-wired to respond and fight against.”

They’ve been called “anarchists” and “devil-worshipers” throughout their career, but Coleman says Killing Joke prefers the term “concerned citizens.”

“If we look at the forefathers of democracy, basically, a citizen had certain obligations. It is the duty of every citizen to engage and debate on the contentious issues of the day.”

Having recently celebrated their 40th anniversary as a band with a 2018 tour, Killing Joke is now on the road again as openers for the prog-metal juggernaut TOOL.

The highly-anticipated tour comes on the heels of the long-awaited new album, Fear Inoculum, the band’s first studio album release since 2006. TOOL drummer Danny Carey says he’s looking forward to sharing the stage with one of his long-time musical inspirations:

“Killing Joke have made a huge impact on my approach to drumming. The power of our bands together on this tour is going to tear people’s heads off. I can’t wait to unleash this on our fans.”

While Killing Joke hasn’t enjoyed massive commercial success in their time on Earth, they maintain cult-like status with a devoted following known as “Gatherers,” and frequently receive adorations from many of their contemporaries.

Metallica notably covered “The Wait” on the 1987 Garage Days Re-Revisited E.P., and Nirvana arguably ripped off the main riff of “Come As You Are” from Killing Joke’s “Eighties.” 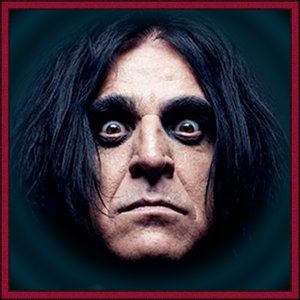 When asked about 1994’s Pandemonium, Coleman recounts the recording as an incredible journey.

“I hadn’t really been friends with (bassist) Youth for quite a long time, so we sort of re-established our friendship just before this record. Youth played a big part in bringing Pandemonium together. We recorded all the backing tracks in my studio in New Zealand and then we finished the rest off in Egypt. It was an inspirational recording — it’s not every day you have three days to record in the Great Pyramid.”

The result was a cultural mashup of a record: post-punk, industrial sound fused with Eastern soundscapes and instrumentation, overlaid with themes of Western religions in song titles like “Communion” and “Exorcism.”

“My interest in things oriental started when I was 22 and we recorded “The Pandys Are Coming” on the third album. That track was the catalyst, in a way, because it heightened that part of me culturally that didn’t belong in the west, being Anglo-Indian, if you like. This resulted in doing oriental studies in Egypt, which I went and did.”

Twenty-five years later, Pandemonium is certainly of that time, yet timeless as well. Comfortably fitting alongside 90s guitar-driven industrial staples like Nine Inch Nails’ Broken and Ministry’s Psalm 69, the album sets itself apart with a global variety of monstrous tones and textures, exemplified in the foot-stomping title track.

“Killing Joke has always unwittingly used quarter tones, which are kind of ‘trap doors of hell,’ meaning they sound strange to the Western ears. I went to Cairo Conservatoire for six months to study the quarter tones and then after this we did Pandemonium. So it’s got that Eastern, oriental part of my nature in the music.”

A classically-trained musician and composer, Coleman is also known for producing symphonic works of the Doors, Pink Floyd and Led Zeppelin, and working with classical, crossover artist Sarah Brightman.

Slated for release at the end of November, Coleman’s new opus is the upcoming Magna Invocatio, which he considers his dearest recording. He says this new album sets the world prayer of mystic writer Alice Bailey’s “The Great Invocation” to symphonic re-workings of Killing Joke songs.

“Ever since I read the Great Invocation, I wanted to set it to music. It’s powerful. Killing Joke’s music is panoramic anyway and so it lent itself for symphony orchestration. Since I recorded it in Russia, not a day has passed where I haven’t listened to it from beginning to end I love it so much.”

“The fuel we run on in Killing Joke is conflict and friction.” 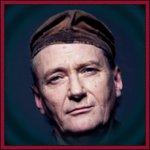 Geordie Walker • Guitar “Harmonically, Geordie is completely unique, which is to say the chord formation he uses are like no other person on the planet. He uses a series of suspensions – when you hit one note and it resonates and you play something over it – essentially you’re playing more than one part. Geordi knows how to deliver this in a way that if you wanted to get the same result, you’d really need three guitarists. He’s a national treasure and nothing less. A very difficult individual, but we love him.” 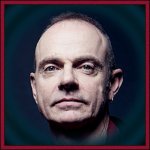 ‘Big Paul’ Ferguson • Drums “Big Paul is certainly the backbone of Killing Joke, he’s the other founding member. We basically had the same occult-inspired vision. The third wave of punk embraced a certain amount of mysticism, which is what Joy Division and Killing Joke really did, but we took it to another level. Paul asked difficult questions like, ‘What is an English rhythm?’ So, part of Killing Joke is this rediscovering who we were culturally. Paul certainly did that with the drums, an enlarged version of Celtic drums, a more war-like sound.” 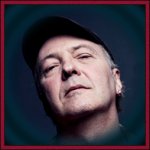 Youth • Bass “And then there’s Youth. I met him when he was about 17. He’s a hustler, he was always connected. When I met him he knew John Lydon and he knew everybody, and he’s still sort of that kind of punk hustler. He’s pretty fearless, and he’s a massive influence on the experimental side of the band. And the way he’s described his own bass playing is that he says ‘I’ve been doing everything wrong all my life and it’s right’.”

The musical chanting emanating from his hotel room fades, and Coleman wonders if the world today has confirmed his worst fears.

“There’s so much division, I don’t want to be part of that. I have very little faith in any political solution anywhere. The world needs this energy that we create and it’s a privilege to be playing Killing Joke at this time in the world’s history. We’re on the brink of total destruction.”

With songs like 2012’s “On All Hallow’s Eve,” it’s no surprise that Coleman and company have a special place in their hearts for days like October 31st, which they see as a time to communicate with fallen comrades and loved ones lost.

“It’s a special time for us because we are ruled by our ancestral spirits. All our fathers are dead, so they’re like our ancestors, and they care about us still because consciousness survives death.”

Coleman laments the now departed, long-time friend and Killing Joke bassist Paul Raven, and says he believes the dead live by love while guiding and protecting us.

“Halloween is one of those days when the door between the world of the dead and the living, this veil, dissolves somewhat. On this day, you listen to the spirits of your ancestors and they give you advice on how to survive the coming tribulations.”

As Jaz Coleman awaits another communion with the dead, he remains happy in anticipation for the rest of the tour and ends the call with a cackle.

“Indianapolis! Well, that place needs cheering up a bit, doesn’t it?”

In a comfy suburb just outside Nashville, a young family swabs their noses twice a month in a DIY study seeking answers to some of the most vexing questions about the coronavirus.

How many U.S. children and teens are infected? How many kids who are infected show no symptoms? How likely are they to spread it to other kids and adults?

WASHINGTON (AP) — The U.S. on Friday imposed sanctions on Hong Kong officials, including the pro-China leader of the government, accusing them of cooperating with Beijing’s effort to undermine autonomy and crack down on freedom in the former British colony.

The sanctions are the latest in a string of actions the Trump administration has taken targeting China as tensions between the two nations rise over trade, COVID-19 and other issues. President Donald Trump’s offensive against China comes as he assigns full blame to Beijing for the coronavirus outbreak in the U.S., deflecting criticism of his own handling of the pandemic that threatens his re-election.

INDIANAPOLIS, Ind. -- Governor Eric Holcomb announced a partnership between the Indiana Division of Mental Health and Addiction and Mental Health America of Indiana to hire more peer support recovery professionals, and expand the framework of connecting people to lifesaving resources through the the Indiana Recovery Network.

"Being able to do a warm hand off to South Bend because that is where that person is going to be forever and for me to know the people in South Bend," Gina Fears explained. "Not just calling a general phone number and saying, 'Hey, I have a client that really needs some support. I think it just works so well for the individual that is working towards lengthening their time of recovery."

Times of sun and clouds Precip: 30%