INDIANAPOLIS (June 16, 2015) – A 19-year-old man is dead and another man is in serious condition after two separate shootings happened on the city’s far east side. 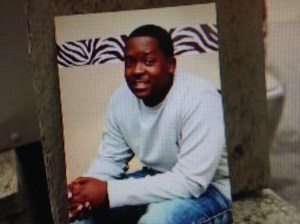 When police arrived on scene in the 3100 block of Cluster Pine Drive they found a 19-year-old man dead inside the home. Police later identified the man as 19-year-old David W. Phelps. Family members say he graduated from Warren Central High School in 2014 and had dreams of becoming a chef one day. Family members say the teen's mother and two other people were inside the home when the shooting happened.

Police say everyone who was inside at the time of the shooting has been detained for questioning while officers try to piece together what happened. The teen was the only person shot inside of that home. There's no word on a person of interest right now, but police say they do not believe it was a random act.

"This is not an incident in which someone just randomly and indiscriminately picks a location and terrorizes a home or family or citizen or people group. There are relationships here, people know one another here and that’s what we want to convey," said IMPD Officer Chris Wilburn.

In a separate incident -- about three miles away around the same time -- police found another person shot in the 1000 block of Pine Mountain Way. Police say a group of people were arguing inside a house when shots were fired. A man was shot once in the head and taken to Eskenazi Hospital in serious condition. Police say the two shootings are not connected.

There have now been 14 shooting incidents in the city since Friday. Police are asking anyone with information about any of the shootings to come forward. You can remain anonymous by calling Crime Stoppers: 317-262-TIPS.

There are still no watches or warnings in effect, as the storm is projected to remain away from the US coastline.

Those new cases were reported to ISDH in the past 24 hours following corrections to the previous day’s dashboard.

MUNCIE, Ind. – A Muncie man faces eight charges after his arrest in a child abuse case.

Prosecutors charged Antonio Austin Riviera-Manship, 24, with two counts of battery, three counts of neglect, two counts of aggravated battery and a count of obstruction of justice after a 3-year-old boy went to IU Health Ball Memorial Hospital with serious injuries.

1 in 4 US workers have considered quitting their jobs amid pandemic worries, poll finds

Shooting on east side leaves 1 in critical condition

Family honors the life of son, father one-year after death while continuing to seek justice

Here’s how you can cash in on your old iPhone

List of businesses that will stay closed on Thanksgiving