INDIANAPOLIS, Ind. — A man is dead after he was shot during an exchange of goods on the southwest side of Indianapolis, according to the Indianapolis Metropolitan Police Department.

Officers arrived to find a man on the ground who had been shot. He was pronounced dead at the scene. While the man’s name and age have not yet been released, police described him as a “young adult.”

IMPD detectives say they believe two parties met at the location to exchange goods when one person revealed a gun. A fight over the gun ensued, and a man was shot during the struggle.

Several other people who were possibly involved were at the scene when police arrived and are being questioned.

Police stress that it is still early in their investigation, and they are working to learn the details surrounding this incident. 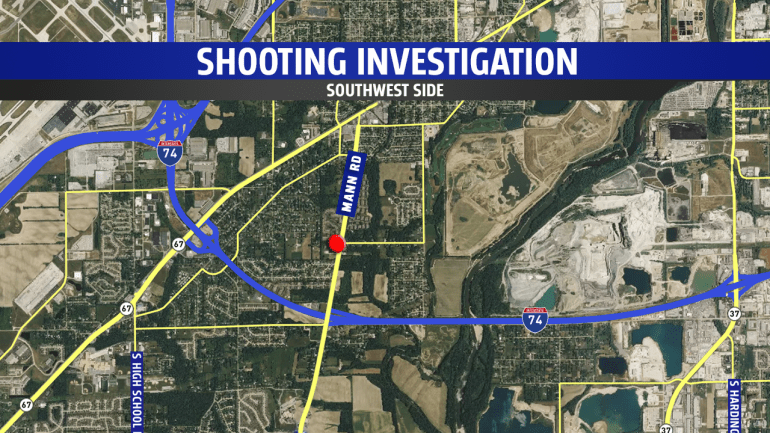 HENRY COUNTY -- The Indiana State Police is working with police from Henry County and New Castle after two inmates escaped.

INDIANAPOLIS -- Fire investigators continue searching for the person who set fire to a home on Indy's north side in November. Since the fire ignited, homeowners' cameras have captured other people trespassing and entering the home.

The arson happened early in the morning on November 7 at the house located in the 1200 block of East 91st Street. Surveillance video shows a person coming into the backyard, lighting a fire on the back deck, leaving, returning again, and relighting the fire.

NOBLESVILLE, Ind. -- Indiana's wealthiest county will not escape the impending housing crisis after the federal halt on evictions for nonpayment lifts. Under the federal order, renters cannot be evicted for not paying their rent until after March 31.

About 10,000 rental households in Hamilton County were already cost-burdened before the pandemic, spending more than 30% of their income on housing. This means there is often not enough extra money to afford the remainder of their basic needs.

Indiana looks to put a check on local ‘no prosecute’ policies

Should the military continue to be allowed to police itself on sexual assault? Retired general and Pentagon weigh in