UPDATE: On Friday, October 25, 2019, Javier Thurman was found guilty on six charges including two counts of attempted murder, two counts of pointing a firearm, and two counts of criminal recklessness. A sentencing hearing for Thurman is scheduled for December 4, 2019.

TIPTON, Ind. – A 25-year-old is in custody after trying to steal several cars and shooting at drivers.

Just before 7 a.m. Wednesday, Tipton County deputies were called to Love’s truck stop on U.S. 31 on a report of shots fired.

Deputies say a man was at the stop getting gas, and he walked into the store. While inside, he noticed the lights on his car start to flash. When he approached his car, he noticed someone was inside.

For unknown reasons, the suspect could not get the car to work. The car’s owner confronted the suspect and the suspect fired at him twice, while running away. Deputies say, the owner of the car was actually struck by a bullet, but he was saved because of a knife that was in his pocket.

The suspect, later identified as 25-year-old Javier Thurman then tried to hijack another car. The driver of that car told him no and Thurman shot at that car. 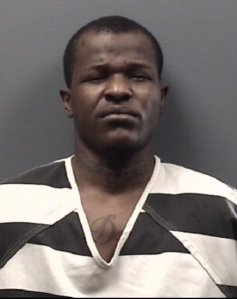 Later, deputies got a tip about someone running across U.S. 31. Authorities used K-9 officers to try to find him in an open area near the Love’s truck stop. After searching for about 45 minutes, they found Thurman walking along the highway. Officers were able to detain him after he tripped along the road.

He was taken into custody, and deputies found a handgun on him.

Afterwards, deputies put up a drone to try to locate a backpack Thurman may have had on him at the time. They did not locate anything.

No one was hurt in the shooting.

Thurman is facing multiple charges. Including two counts of attempted murder, criminal recklessness, pointing a loaded firearm and battery. There is also an active warrant out for his arrest from Illinois for a parole violation.

Anyone who was at the Love’s or witnessed the incident is asked to call the Tipton County Sheriff’s Office.

Indiana State University shifts policy, will require vaccination or testing for students, staff by start of 2022