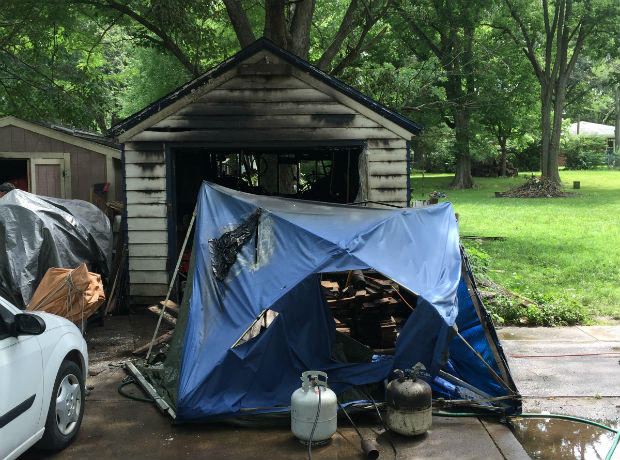 Authorities said the incident occurred inside a detached garage at a residence in the 5500 block of North Clinton Street. 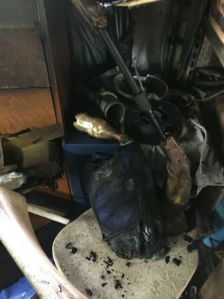 Police said resident 37-year-old David Stewart was inside the garage when the explosion occurred. They said his two children were inside the house. One child ran next door for help following the blast. The children were not injured.

The garaged engulfed in flames and was extinguished by firefighters. Stewart was airlifted to Eskenazi Hospital in Indianapolis for treatment for extensive chemical and thermal burns, said police.

A search of the home revealed numerous items commonly associated with methamphetamine production and a “one pot” meth lab inside the garage.

INDIANAPOLIS -- More than $26 million in rental assistance has been distributed since July to help Indianapolis residents who are facing financial challenges due to COVID-19.

The City of Indianapolis announced the deadline for tenants to apply for the Rental Assistance Program will be Wednesday, December 2, at 5 p.m. Landlords will have until 5 p.m. the following Wednesday, December 9, to complete the landlord portion of the application.

There are ways to reduce risk, but health experts advise avoiding it when possible.

INDIANAPOLIS – Rigoberto Sanchez’s road back from surgery to remove a cancerous tumor has begun.

China spacecraft lands on moon to bring rocks back to Earth

Visitor: Monolith toppled by group who said ‘leave no trace’

Some smaller central Indiana hospitals ‘on the brink’ of diverting patients

Some smaller central Indiana hospitals ‘on the brink’ of diverting patients

Coldest open to December in decade; 30 day outlook is in