LEBANON, Ind. – A homicide investigation is underway after a man was found dead in a Lebanon home Sunday.

Officers were called to the residence in the 500 block of Dicks Street around 7 a.m. The man’s wife, 68-year-old Sonja Foster,  flagged down a neighbor for help after she says the man stabbed her husband and attacked her.

When police arrived, they found 73-year-old Robert Maxwell Foster, known as Max, deceased and Sonja seriously injured. She was then hospitalized in Indianapolis and released.

By Sunday afternoon, police had a person of interest in custody, after surrounding a home in the 1500 block of South East Street with guns drawn.

19-year-old Zachariah Wright is now arrested and in the Boone County Jail on a probation violation. Police say he was on parole for burglary, theft and public intoxication charges. 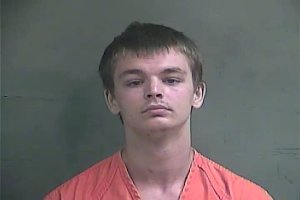 "Well, we had just heard that this boy had been bragging, but I don’t, I didn’t know if that was true or not ," said Karen Redman, who lives down the street from Wright. "You know, people say things."

Redman  says her parents also live down the street from the Fosters. She says Sunday has been a scary one.

It appears Max was stabbed to death while he and Sonja were sleeping.

Sonja is reportedly cooperating with investigators as they try to piece together what happened.

JUST IN: investigators say a man was found dead inside the house and a woman was injured and sent to the hospital. pic.twitter.com/ZdCeaavM0v

It was nice to see all the sunshine Saturday but we will not see much on Sunday Sunshine on Saturday boosted our high temperature to the low to mid 50s over most of Indiana. The chilly air keeps settling in with Sunday morning temperatures mostly in the low 40s. Since it will be cloudy Sunday with a northeast wind, the temperatures will not rise much. Only upper 40s to maybe…

WASHINGTON (AP) — A spokesman says Vice President Mike Pence will continue with his aggressive campaign schedule after his chief of staff, Marc Short, tested positive for the coronavirus Saturday.

Pence spokesman Devin O’Malley says Pence and his wife, Karen Pence, both tested negative for the virus on Saturday and remain in good health.

INDIANAPOLIS--A disturbance between two men in the front yard of a west side home is believed to be the reason behind the city's latest homicide. That makes 199 homicides on the year which has surpassed all previous homicide numbers for Indianapolis.

Around 8:45 p.m. Saturday, IMPD Northwest District officers responded to a possible person shot in the 3900 block of Bennett Drive. Officers arrived quickly on the scene and found an adult male, 37 to 38 years old, suffering from at least one gunshot wound.

‘We don’t speculate’: How AP counts votes and calls races

‘All talk, no action’ defense likely in Michigan kidnap case

With Charlie Brown specials gone from TV, here’s how to watch them for free

Showers possible in the afternoon Precip: 80%